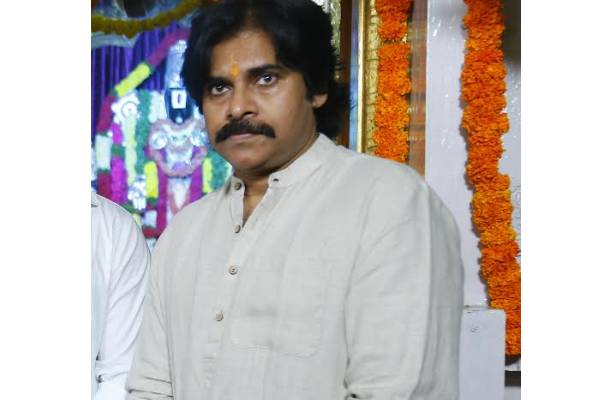 Powerstar Pawan Kalyan for the first time will be seen in a periodic drama that is directed by Krish. A week’s shoot took place in Aluminium Factory and several sets are erected for the film. The recent downpour in Hyderabad washed the set which has been erected with a cost of Rs 1.5 crores. The makers are said to have shot for just two days in the set before the coronavirus lockdown. Art director Rajeevan who erected the set says that they will have to re-construct the portions before the shoot starts and they cannot estimate the loss as of now.

Pawan Kalyan will have to complete Vakeel Saab first and he would then move to Krish’s project. With the monsoon season starting now, heavy rains are expected in the next few weeks and the makers are left worried about the erected sets. Krish and his team are just waiting for the shoots to resume so that they could work on the sets. The makers are staring at huge losses even before the major schedule of the film started. AM Rathnam is bankrolling this big-budget periodic drama which will release next year.