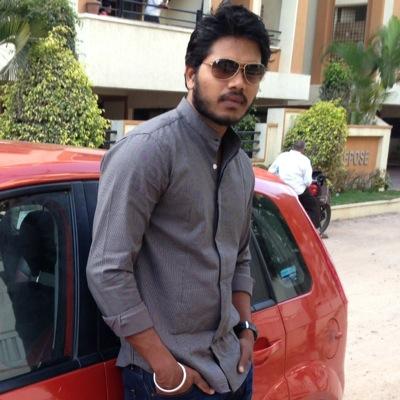 Teja Kakumanu worked in some inconsequential movies before bagging a traitor’s role in Bahubali. He is the man who is instrumental in sending a message to Kalakeyas to invade the Mahishmathi kingdom. An M.Phil and a Master of performing arts from Central University, he won a Nandi for his work in theatre too. Talking of his beginnings from a humble place from Tullur Mandal in Guntur, Teja quips, “There is no bus to reach Ambrajapuram, where I stay in Guntur. It is very remote. My brother is a chartered accountant and my father is an agriculturist. When I grew my hair two years back, people at my home place kept taunting and my father found it difficult to answer questions. When everyone were doing good jobs I was still struggling to find roles in movies.”

Teja says he was called for an audition but for one month there was no phone call from the direction department, he had almost given up as rest of the selected candidates were already into training. When they called him he was asked to send a video of him riding a horse and Teja feared he would be included as one amongst the army and get faded. But to his surprise he was given a meaningful and an important role. “First day first shot was with me in Kurnool at Uruvakonda. The shoot went on for three days there. My role was narrated  only on the day of the shoot and I was told that I would be playing the role of a betrayer, that I would be scared of the brothers and if caught by them I would be killed. Since they will kill me, my only option would be to jump to death. I learnt the strange language well, Kilikili language was written by Madan, son of Tamil writer Vairmuthu’s son. It was a variety script and I couldn’t understand initially. I took up the role when I was 26, now I am 28,” he laughs.

“There were some shots but they got chopped probably because of the length.  I am shown as a wicked and a cruel, jealous minister when the brothers test of strength takes place.  Since I am tempted by Kalakeyas for wealth I help them. The first day was the rope shot and there were no body doubles. We did single shots first, it shot by two cameras. First they showed me jumping and then Prabhas Anna jumped. It was so hot, ropes nalgipoyi chala ibbandhi paddam. It was so exciting, getting a chance in the film is something I waited for, why would I think of a risk, aakali tho unna to make it. Once the fighters did something wrong and the wire was loosened, I almost hit my head on the rock as I went in a reverse direction. Prabhas said jagrattha ga undu darling. My father is a happy man now as everyone is calling him and saying that I did a good job.”