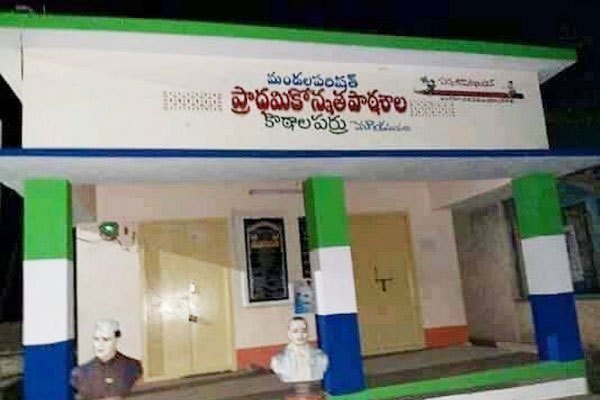 The AP High Court has initiated contempt proceedings against Chief Secretary and Panchayati Raj Principal Secretary and Commissioner on the issue of removal of YCP flag colours from Panchayat buildings. The contempt would come into force if the officials do not get the colours removed by May 28. The deadline is only today but there is no indication that the Government is going to comply with the High Court orders. Colours are not being changed on government buildings. Now, the latest report is that the Jagan Reddy Government has approached the Supreme Court against the HC orders.

The colours case of AP is coming for arguments in the Apex Court today. Interestingly, the case is coming up for hearing on a day which is cited as the deadline for going ahead with the contempt proceedings against the top officials. Legal experts say the AP Government seems to be heading for a protracted litigation involving its contentious policies. The State is already financially crisis-ridden. But still, the Chief Minister and his Ministers are putting their political agenda above economy and public health. Jagan Reddy is adopting the same adamant line on the issue of English medium in Government schools. Analysts say that no public issue gets resolved easily if Government continues litigation and the remaining four years will pass in no time for addressing major people’s problems.