Veteran Tollywood actor Jagapathi Babu is the busiest character actor in the country. He is playing a prominent role in Prabhas’ upcoming action entertainer Salaar. The film directed by Prashanth Neel is in shooting mode and the makers unveiled the look of Jagapathi Babu. He plays the role of Rajamanaar and looks cold-blooded in the released poster. With grey shades and a nose ring, Jagapathi Babu is spotted smoking a cigar.

The poster is quite impressive and a never seen look is designed for Jagapathi Babu. The shoot of the film continued in Hyderabad recently and the next schedule will start next month. Shruti Haasan is the leading lady and Hombale Films are the producers. The film is aimed for 2022 release and is high on expectations. Prabhas plays a mafia don in this high voltage action entertainer. 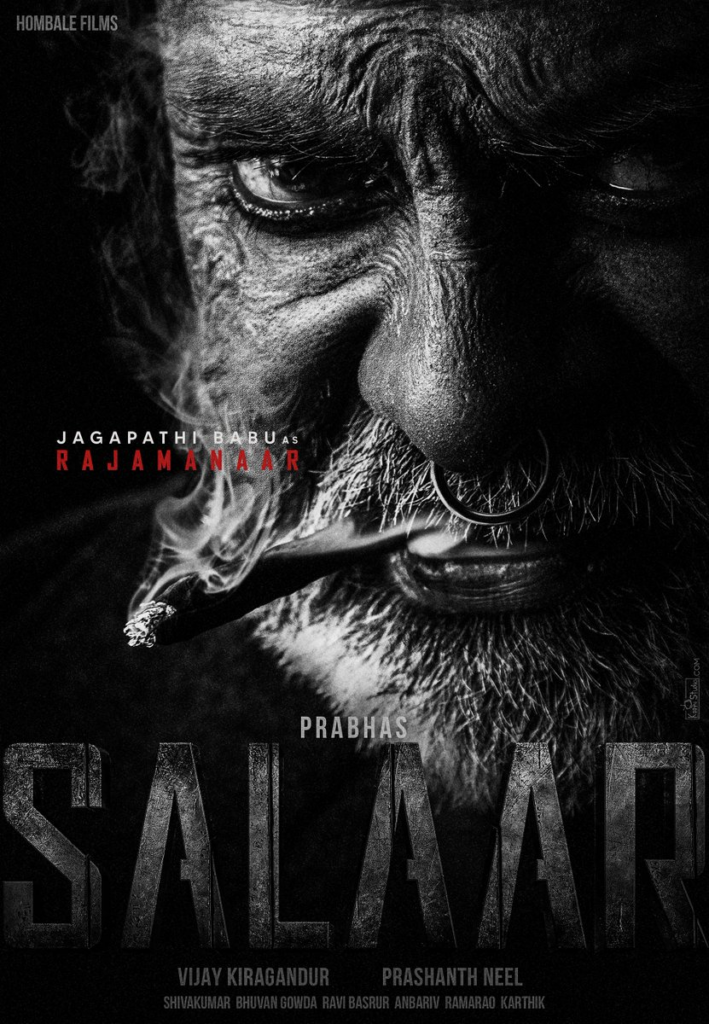