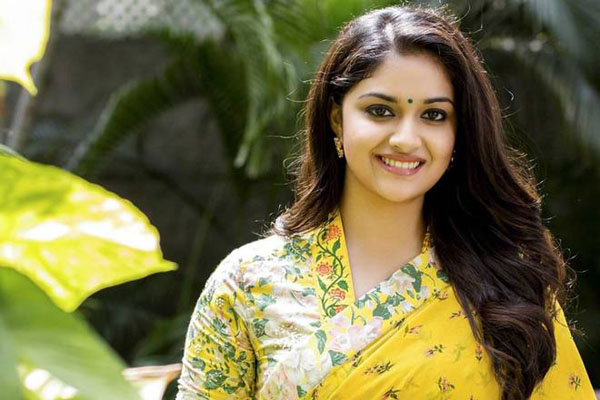 Meher Ramesh who has been away from direction for the past few years impressed Chiranjeevi on the first go. He decided to adapt Vedhalam and remake it in Telugu. Meher Ramesh took two complete years to complete the script. The pre-production work of the film is happening at a fast pace and the shoot commences next year. Sai Pallavi has been approached to play Chiranjeevi’s sister in the film. The actress is yet to sign the dotted line.

Now Meher Ramesh is said to have approached Keerthy Suresh for the same. The final decision would be taken once Chiranjeevi returns back to Hyderabad. In this while, Meher Ramesh will also narrate the script to Keerthy Suresh. The final decision would be taken soon and the schedules of the film will be planned. Anil Sunkara will produce Vedhalam remake on AK Entertainments banner. Mahati Swara Sagar is composing the tunes currently.