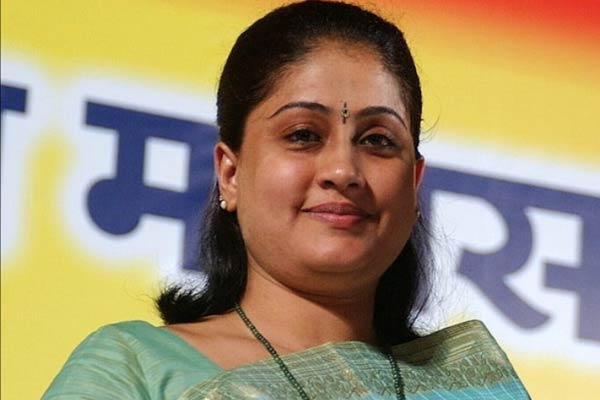 Telangana PCC working president Jetti Kusum Kumar on Wednesday met firebrand leader and actor Vijayashanti to prevail upon her not to leave the party. The meeting comes amid reports that Vijayashanti is set to join the BJP after the minister of state for home Kishan Reddy met her.

Like Khusbhoo, Vijayshanti has been miffed with the Congress leadership and kept away from the party activities.

In a damage control exercise, Kusum Kumar reportedly convinced Vijayashanti to remain in the party. Vijayashanti has remained aloof from the Congress for some time now. However, Kusum Kumar attributed her absence to the prevailing Covid-19 pandemic. He said there are no differences among the Telangana Congress leaders.

On Tuesday, Kishan Reddy held talks with Vijayashanti, known as lady Amitabh Bachchan, lasting more than an hour. According to sources, Kishan Reddy and Vijayashanti discussed several political issues for over an hour. Vijayashanti also condemned the arrest of Karimnagar MP and state BJP president Bandi Sanjay Kumar, giving credence to the speculation that she may join the saffron party.

Vijayashanti, who served as general secretary of the BJP’s women wing, fired at the TRS government for the searches at the residence of relatives of Raghunandan Rao and the arrest of BJP president Bandi Sanjay Kumar. She said the TRS is worried that the party may lose the Dubbaka seat to the BJP and misusing the police force in order to instill a sense of fear among the BJP cadre.

The yesteryear actor quit the BJP in 2005 and floated her own party Talli Telangana but later merged the party with the Telangana Rashtra Samithi (TRS). Following differences with the party leadership, the former Medak MP joined Congress in February 2014 and unsuccessfully contested from Medak assembly constituency on a Congress ticket. 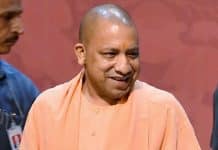 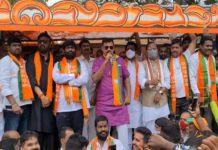 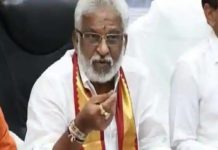