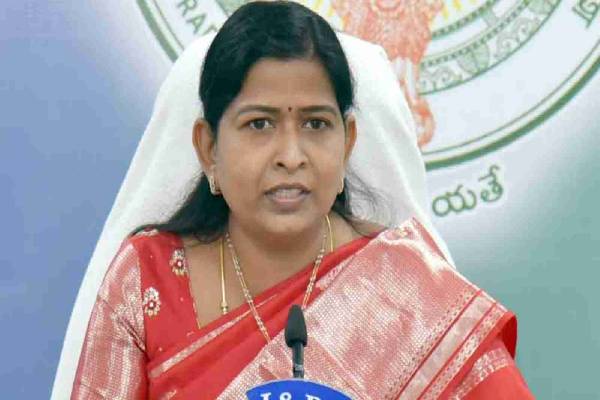 AP Home Minister Taneti Vanitha, has said that the state government had sent the alleged nude video call involving MP Gorantla Madhav for forensic test. She further said that the government and the party would take serious action against the MP, if it is proved genuine.

She told media persons at Rajamahendravaram that the MP had already denied the video call and alleged that it was a morphed video. He also named some of the TDP leaders in releasing the morphed video, the Home Minister said.

The Home Minister blamed the opposition TDP leaders for making hue and cry on the issue. She added that the TDP leaders were trying to malign the image of the YSR Congress using this morphed video.

Vanitha also alleged that the TDP was trying to get political mileage with fake and fabricated news and conspiracies.

She also questioned the TDP leaders to explain what they have done when an MRO was insulted by TDP leader and former MLA Chintamaneni Prabhakar. She also referred to the incidents of former TDP minister Ravela Kishore Babu’s son insulting a Muslim woman and the call money-sex racket reported in Vijayawada in which several women were exploited.

The Home Minister advised the TDP leaders to stop using women issues for political gains. She said that the Jagan Mohan Reddy government would not spare anyone if injustice is done to women.