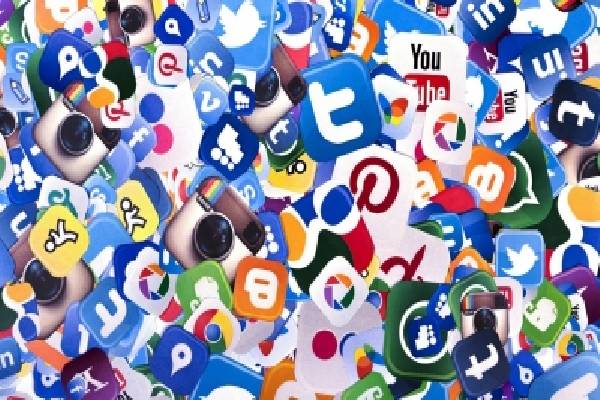 The Andhra Pradesh government’s national media and inter-state affairs advisor, Devulapalli Amar, on Saturday said the mainstream media houses are falling into the trap of social media, resulting in inadvertently spreading false news leading to communal tension in the state.

“These incidents (alleged temple attacks & media reports) have clearly indicated that mainstream media is falling into the trap of social media and inadvertently spreading false news leading to communal tension in the State,” said Amar.

He requested journalists to observe restraint and extreme caution to avoid becoming tools in the hands of vested interests.

“In this context, exercising restraint is extremely important in the current scenario. When the atmosphere is charged and vitiated, rumour mongers will work overtime and rumours will fly thick and fast,” Amar observed.

He highlighted that almost all these attacks occurred during night time.

“The state government sees a larger conspiracy behind these orchestrated incidents to defame it and stoke religious sentiments in the communally peaceful state,” said Amar.

He said at least five of these alleged desecrations need scrutiny and gave the reasons for a relook.

According to Amar, the alleged desecration of Saraswati temple and idol at Etcherla in Srikakulam and Narsaraopeta in Guntur respectively, happened more than two years ago, hinting that they occurred even before the Yuvajana Sramika Rythu Congress Party (YSRCP) came to power.

“However, unscrupulous elements posted these incidents on social media as if they were fresh incidents. Media, unfortunately, without going into the facts, fell into the trap of social media and rumour mongers,” pointed out the advisor.

Referring to Kalabhairava temple desecration case in Allagadda in Kurnool on September 19, he said a person with the superstitious belief that keeping a part of the idol in his house will enable his wife to conceive had committed the crime. He was later arrested.

Amar referred to the recent Varaha Narasimha Swamy temple arch idols desecration allegations in Prakasam district’s Singarayakonda, and clarified that the arch was constructed in 1999, 2 km away from the actual temple.

“Due to salty weather conditions and wear and tear, the idols on the arch were repaired twice. Two months ago, the hands of an idol became partly loose and the donors were informed about it and they promised to get the work done during Brahmotsavams this year. However, six persons including representatives of a few media houses without verifying the facts helped in spreading false news,” he said.

Among the six, five were journalists belonging to prominent Telugu media houses such as ABN Andhra Jyothi, NTV and HMTV and a couple of local newspapers, all of whom were arrested and locked up for a day for allegedly propagating fake news.

Finally, Amar referred to the Golugonda incident in Visakhapatnam rural, which he said was an old incident where an idol was damaged accidentally.

“Some persons had spread the rumour that the incident happened on January 5. In all these cases, police have managed to identify the culprits of rumour mongering and spreading rumours on social media,” he said.

He appealed to the media houses not to publish allegations without verifying the facts.