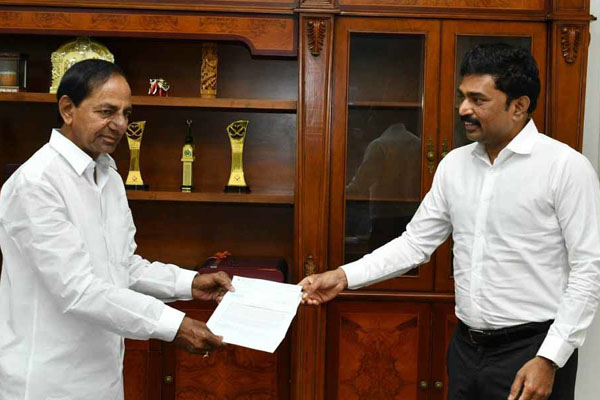 Several prominent personalities have hailed attempts made by the Telangana State government to curtail spread of Corona virus in the State. They have announced large-scale donations as their contribution to the government’s efforts.

Shanta Biotech promoter KE Prasada Reddy met KCR at Pragathi Bhavan here on Wednesday and appreciated the measures taken by the government. He handed over his personal contribution of Rs one crore and 116 rupees through a cheque to the CM for the CM’s Relief Fund.

KNR Constructions owner Kamidi Narasimha Reddy met the CM and handed over acheque for Rs i crore to the CM for the Chief Minister’s Relief Fund. Laurus Labs CEO Dr Satyanarayana, ED Sri Chandrakanth Chereddy handed over a cheque for Rs 50 Lakh to the CM’s Relief Fund and announced that they would give one lakh hydroxychloroquine tablets.
The CM thanked all the donors who made their contributions and for appreciating measures taken by the government to prevent spread of the virus. The contributions made by the donors will support the programmes taken by the government and also inspire the official machinery, the CM said.

Hyderabad –based Meenakshi Group came forward to give Rs one crore to the CM’s Relief Fund. Meenakshi Group Chairman KS Rao, MD C Sivaji handed over a cheque for Rs 1 crore to IT minister KT Rama Rao at Pragathi Bhavan.