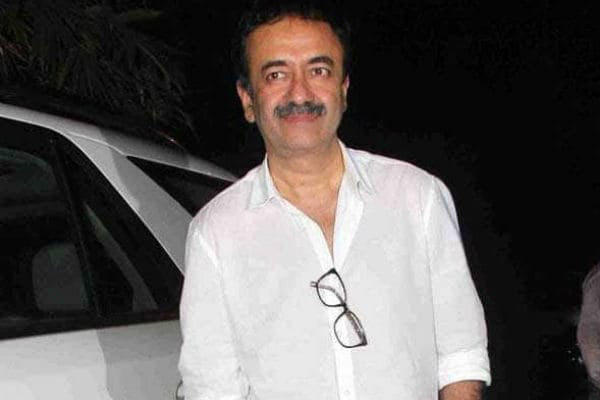 Bollywood top director Rajkumar Hirani, who made films like Munnabhai MBBS, Lage raho Munnabhai, 3 idiots, Sanju, has been accused of sexual assault by a co-worker couple of days back. The lady who worked at his production house alleged that Raj Kumar Hirani abused her over a period of six months between March and September 2018 during the making of the movie ‘Sanju’.

Raj Kumar Hirani’s Munnabhai movies remade into Telugu as ‘Shankar Dada MBBS’ and Shankar Dada zindabad’. His 3 idiots remade by Shankar with Vijay. He is renowned director in Bollywood and have fans across India. The director of Munnabhai series immediately condemned the allegations made on him and told, “I was completely shocked when these allegations were brought to my notice about two months back. I had suggested immediately that it is essential to take this matter to any committee or any legal body. The complainant has chosen to go to the media instead. I want to very strongly state that this is a false, malicious and mischievous story being spread with the sole intention of destroying my reputation” Hirani said in a statement.

Heroine Dia Mirza, who is known to Telugu audience through the film Ek Niranjan defended the director. She worked with Hirani for the movies Sanju and Lage Raho Munna Bhai. She told to media that “I am deeply distressed by this news. As someone who has known and respects Raju sir for 15 years I can only hope that a due official enquiry is conducted. He is one of the most decent human beings I have ever worked with and I think it would be grossly unjust on my part to speak on this as I do not know the details.”

Arshad Warsi played the role of ‘Circuit’ in Munnabhai movies (i.e. the role played by actor Srikanth in Telugu). Today he responded on this issue and told that it is difficult for him to believe the sexual harassment charges levelled against Rajkumar Hirani. He added that, he doesn’t want to “pass any sort of judgement or come to a conclusion because he doesn’t know exactly about the case. He also told, “I have never seen him behaving badly or doing anything incorrect. So, suddenly hearing this surprises. One cannot jump to a conclusion. It is not fair. But I think he is a fabulous gentleman. My association with him is so long and I have never seen one wrong thing about him”

In addition to these two, many others in Bollywood came in defense of Hirani. Bollywood film maker Boney Kapoor said: “I don’t believe this allegation. He can never do something like this.” We will have to wait and see how this #MeToo episode turns