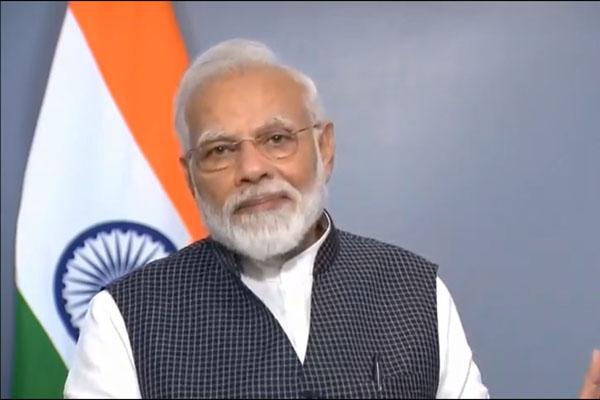 The prime minister has convened a meeting of the National Disaster Management Authority at his residence in New Delhi at 11 am in wake of the gas leak in Vizag.

“In the wake of the situation in Visakhapatnam, PM Narendra Modi has called for a meeting of the NDMA at 11 am,” stated the Prime Minister”s Office.

Modi will will interact with Home Minister Amit Shah, Minister of State for Home Kishan Reddy and senior officers of the National Disaster Management Authority and is likely to direct them to lay down policies for disaster management.

Eight persons, including a minor, dead while hundreds of others reported sick after a gas leaked from the LG Polymers India plant at R.R. Venkatapuram village on the outskirts of Visakhapatnam.

Modi expressed his condolences for the families of the deceased and issued instructions for proper treatment and assistance to be given to those who have taken ill. Modi also spoke to Union home ministry and the National Disaster Management Authority (NDMA) to take stock of the situation in Vizag arising out of the gas leak.

The prime minister wrote on Twitter that he spoke with Union Home Ministry officials and National Disaster Management Authority regarding the situation “which is being monitored closely.” “Spoke to officials of MHA and NDMA regarding the situation in Visakhapatnam, which is being monitored closely. I pray for everyone’s safety and well-being in Visakhapatnam,” tweeted Prime Minister Narendra Modi @narendramodi.

Responding to the Vizag gas leak incident on Thursday, Home Minister Amit Shah said that he has spoken to the officials of MHA and NDMA regarding the situation in Visakhapatnam, “which is being monitored closely.” “The incident in Vizag is disturbing. Have spoken to the NDMA officials and concerned authorities. We are continuously and closely monitoring the situation. I pray for the well-being of the people of Visakhapatnam,” tweeted Amit Shah.