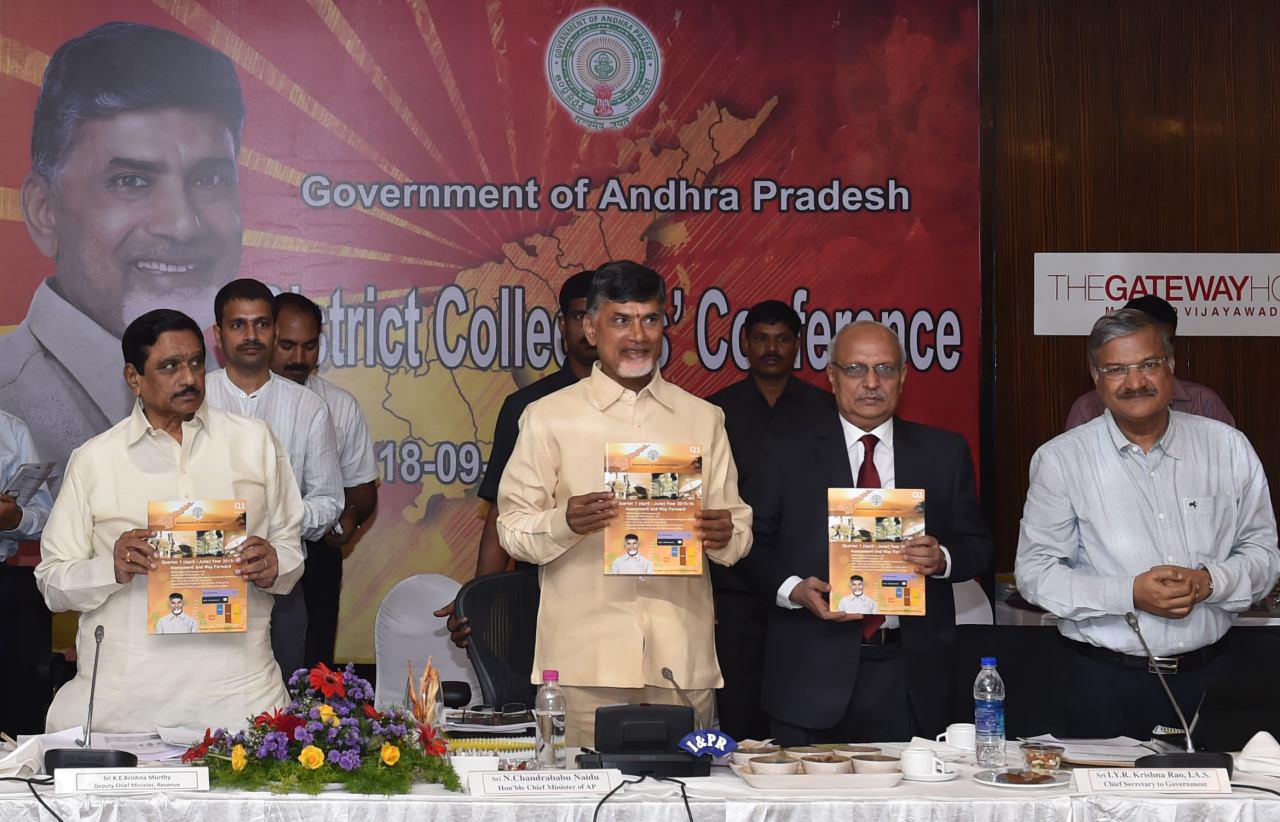 Andhra Pradesh chief minister Chandrabu Naidu feels that the name of the district collector should changed. “There is need to change name of chief of district administration as collector, which was given by colonial administration,” he said.

Addressing the conference of district collectors in Vijayawada, he said, change of name of collector should be debated across the country as it was a colonial legacy.”The role of the district collector has changed a lot, particularly in the context of globalization. We need a suitable name that represents new times,” he said.
Naidu expressed displeasure over the functioning of medical and health department. He was particularly unhappy at the poor quality in rural medical services.” Doctors are irregular in rural health centres,” he said. He also reminded the tragic event of Guntur general hospital where a new-born was bitten to death by rodents.

Naidu called upon the officials to work in full coordination to achieve the double digit grwoth. ” We have no capital city. The division of certain departments has not been completed yet. The distribution of revenues has not been done properly. The previous central government had assured special status to backward regions. It is not forth coming. Despite all these we have to work together and achieve the double digit goal,” he told the conference.

He was emphatic about the need for a overhaul of the woman and child welfare department.

He exhorted the officials to work towards achieving global recognition like Sinapore and Dubai. ” Singapore and Dubai, once backward region, today progress phenomenally without any resources. We have everything, but are not able to progress. We have to think of it,” he asked the officials.
He asked he collectors to explore the ways to bridge the intra-district variations in per-capita income.