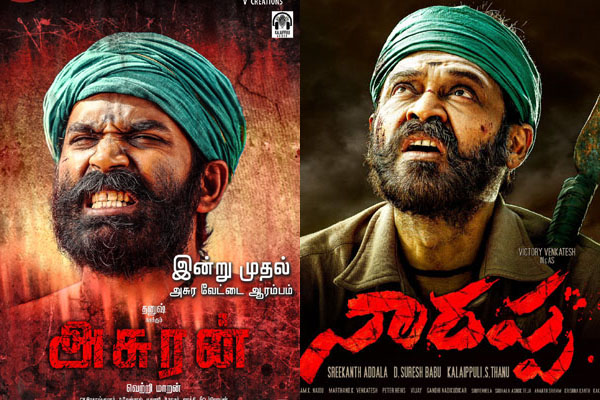 Victory Venkatesh will be seen in the remake of Asuran and the film is titled Naarappa. Venky’s brother Suresh Babu screened the original for several young and top directors. He took suggestions from them before the scriptwork is wrapped up. The team of Naarappa decided to go ahead with the original. Not a single change was done for the script and the film is purely adapted from Asuran. Srikanth Addala came onto the board and he directed the film with reference shots from the original.

Even the action episodes are canned in a village in Tamil Nadu where Asuran was shot. The flashback episode is the lead actor’s fight against the caste system. Venkatesh and Suresh Babu decided to go ahead with the original episodes. The film is gearing up for summer release. Priyamani plays Venky’s wife in Naarappa. Suresh Productions and V Creations are the producers.