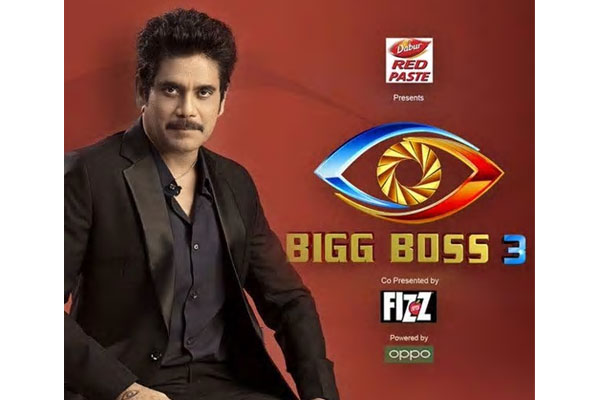 Controversies and Bigg Boss show go hand in hand. Compared to previous seasons, Bigg Boss 3 created controversies even before airing the first episode. There have been rumors that Bigg boss 3 Telugu may temporarily postponed to sort out the issues. However, as per latest update, Bigg Boss 3 is going to start airing as usual today.

There were several controversies this time as anchor Shwetha Reddy and actress Gayathri Guptha made casting couch allegations on Bigg boss organizers. Another director Kethireddy Jagadeesh Reddy moved to court to order the channel to air Bigg boss only after 11 pm. Meanwhile, high tension prevailed at host Nagarjuna house as OU JAC students gathered in huge numbers to demonstrate before his house. Because of all these issues, makers this time did not even convene the program to introduce the host to media.

However, the latest update is that show is starting as usual today and people are keen to see Bigg boss 3 as well as Nagarjuna hosting this program.