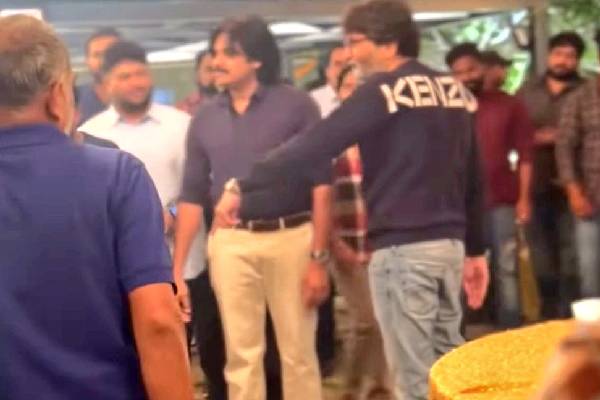 Powerstar Pawan Kalyan is a delighted man with the super success of Bheemla Nayak. The actor who is away from celebrations hosted a lavish party for the team and his close friends last night in Filmnagar, Hyderabad. Pawan Kalyan’s close friends from the industry and some of the directors who worked with him were present for the bash. Pawan Kalyan and Trivikram hosted everyone for the night. Bheemla Nayak is a smashing box-office hit and is reporting huge numbers from Telugu states to USA.

The film also had an extraordinary hold on its second day all over. Bheemla Nayak is directed by Saagar Chandra and Trivikram supervised the project. Sithara Entertainments are the producers and Rana Daggubati played the other lead role. The makers are in plans to arrange a massive success meet for the film soon and Pawan Kalyan, Rana Daggubati will be present for the event.