Actress Deepika Padukune, though a biggie in Bollywood, she is also well-known to South Indians because of her film ‘Chennai Express’. The film Chennai Express was dubbed and released in different languages. And with this one film, she made many people her fans!

The actress has shared a pic of her on Instagram sometime ago. In white fit short dress, revealing a bit of her upper body, she looked sexy. Not just that, we must mention her eyes without forgetting! It seems her eyes want to say something and about her hair – it is short and soft.

Speaking about her career, though Deepika has struggled in her initial days, her fate has changed later. She is getting good roles in multiple films. Currently, she is working on the films – 83, Pathan, and the untitled Shakun Batra film. 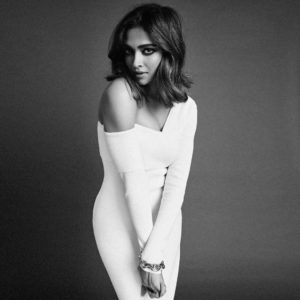