All the Mega heroes share a great bonding with each other and they hang out frequently. Supreme Star Sai Tej shared a recent selfie of him with Varun Tej and Vaishnav Tej. The picture is now trending all over. Sai Tej and his brother Vaishnav are taking a nap while Varun Tej is spotted popping up. All the three actors will return back to work from next month. Varun Tej will complete the pending portions of F3 and Ghani. Both these films will release next year.

Sai Tej is done with the shoot of Republic and he will commence the shoot of Karthik Dandu’s film soon. Vaishnav Tej will resume the shoot of Gireesayya’s film and he has a film lined up for Annapurna Studios. 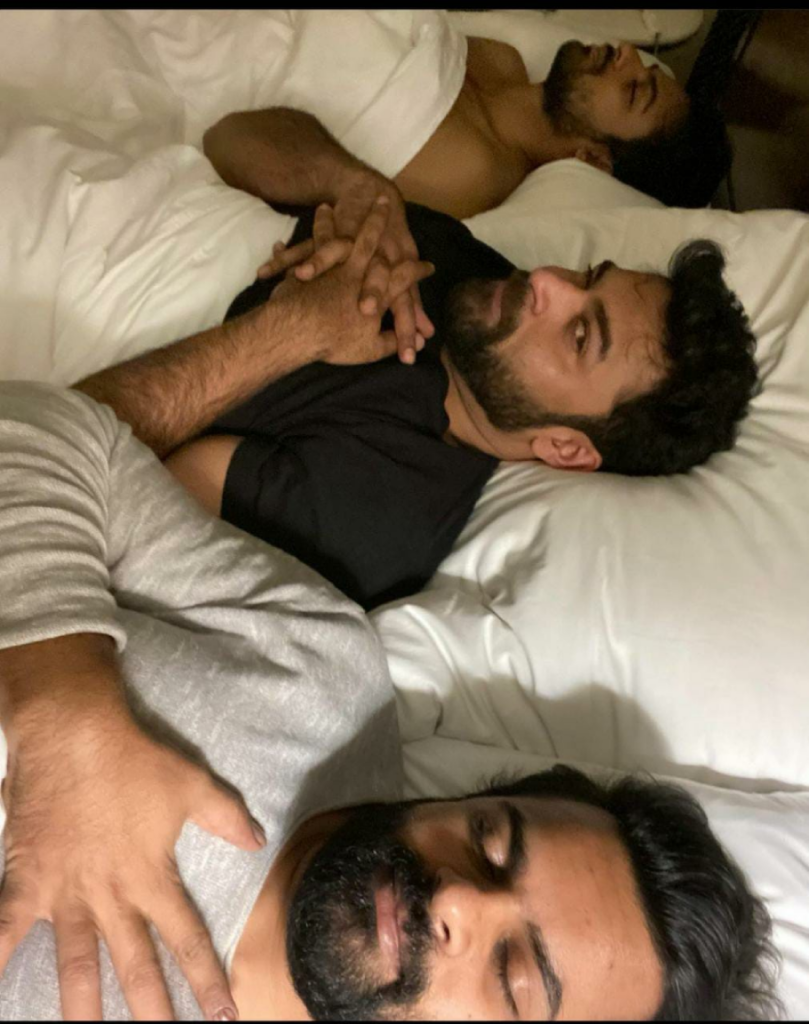