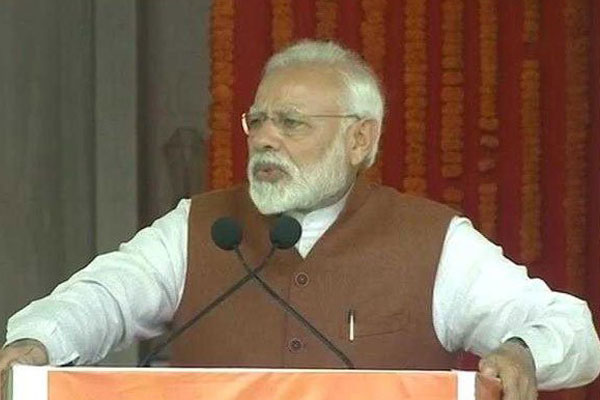 Prime Minister Narendra Modi seems keen to present a Budget that goes beyond incrementalism and gradualism.

On January 6, he held a series of meetings with Indian Inc, economists and experts on the Union Budget for 2020-21.

“He was open to criticism and heard out suggestions and seems keen to present a budget that goes beyond incrementalism and gradualism,” a source said.

The Modi government seems to be getting ready to roll out a series of bold initiatives in the Union Budget.

The PM has held as many as 12 meetings with sectoral experts and is investing a lot of time in these interactions stretching up to 2 hours as happened at the Niti Aayog on January 6.

Home Minister Amit Shah was also present in the meeting. Over the last few days the Prime Minister has been brainstorming over a range of issues affecting the economy and on thrashing out appropriate policy interventions.

He has held as many as 12 meetings so far with groups of industrialists and experts. This pre-Budget exercise is probably is the most extensive ever consultations that Modi has held on the economy in the past five years.

Modi has also held discussions within the Council of Ministers recently on more than one occasion and each ministry has been asked to prepare a five-year vision and the Prime Minister is personally reviewing each plan.

In a meeting with experts held at the Niti Aayog on January 6, the Prime Minister said that he was happy that the two hour open discussion has brought to forefront the experience of people on the ground and those working in their respective fields.

He said that this would enhance the synergy between policy makers and various stakeholders.

Modi said that the idea of $5 trillion dollar economy is not a sudden development and that it is based on a deep understanding of the strengths of the country.

He said that the strong absorbent capacity of Indian economy shows the strength of its basic fundamentals and its capacity to bounce back.

The Prime Minister said that the sectors like tourism, urban development, infrastructure and agri-based industry have a great potential to taking forward the economy and for employment generation.