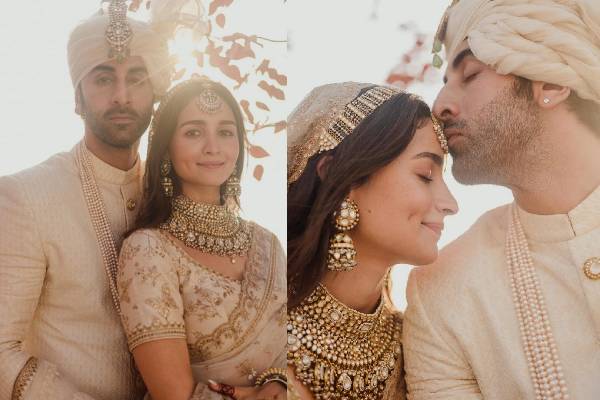 Bollywood star actors Ranbir Kapoor and Alia Bhatt have been in a relationship for five years and they tied the knot on April 14th in a closed ceremony. They celebrated their wedding reception with their close friends and Bollywood stars last weekend. Bollywood media has been speculating that the star couple would take a break and they would fly to South Africa for their honeymoon. Some of them even published that Ranbir and Alia would be flying to Europe for a holiday.

Leaving everyone in shock, Ranbir Kapoor and Alia Bhatt are now back to work. Ranbir Kapoor participated in the script discussions in T Series office and he participated in the look test of his next. Ranbir will kick-start the shoot of Animal in Manali this month. Arjun Reddy fame Sandeep Vanga will direct this intense entertainer. Alia Bhatt is in Jaisalmer and she resumed the shoot of Ranveer Singh’s Rocky Aur Rani Ki Prem Kahani. Both the star actors are back to work after a small break for the wedding. Both Ranbir and Alia are busy with a number of films.