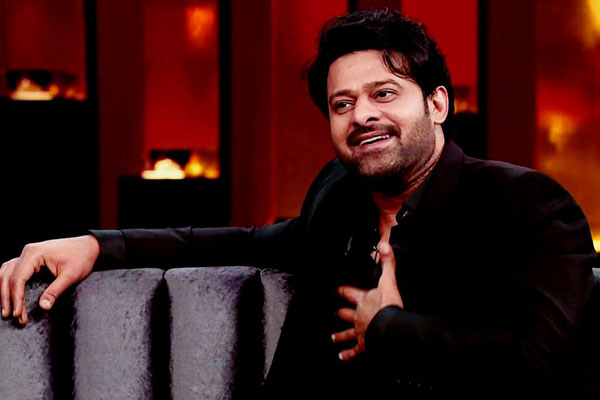 Baahubali team SS Rajamouli, Prabhas and Rana Daggubati turned up the guests on Koffee with Karan tv show that was telecasted last night. Karan Johar during the interview asked Prabhas about his favorite actor listing NTR, Ram Charan, Mahesh Babu and Allu Arjun. Prabhas has been asked to arrange them in a list as per his favorite.

Prabhas rated NTR as his favorite actor and then came Mahesh, Allu Arjun and Charan. When asked about food and sex, Prabhas preferred food over the second saying that he is a foodie. “Prabhas is occupied with too much work and he is lazy to get married” said Rajamouli. Prabhas called Anushka called his best friend and clarified that he is not in a relationship with her.