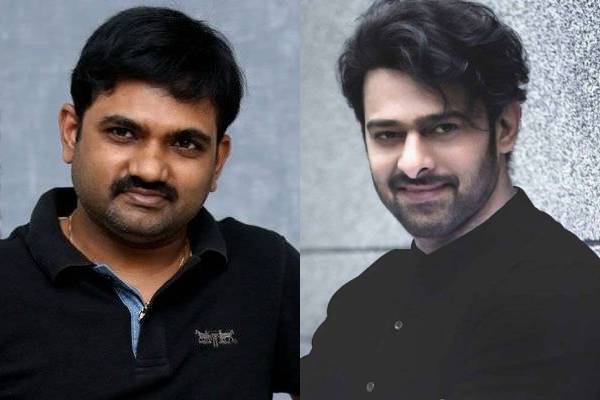 Talented writer and director Maruthi scored several hits with young and upcoming actors. He has been keen to join the big league of directors and Maruthi has to direct a star to join it. The talented director revealed that he would direct Allu Arjun soon and the discussions between the duo have been happening from the past few years. There are speculations that Maruthi will direct Megastar Chiranjeevi but the project is kept on hold due to various reasons. The latest update says that Maruthi will soon direct Prabhas and the film is going to be a fun ride. Maruthi shares a great bonding with UV Creations and the producers arranged a meeting between Prabhas and Maruthi.

Prabhas too is in the hunt for a fun-filled entertainer that can be wrapped up in less than three months. He believes that Maruthi can handle such scripts. Prabhas asked Maruthi to pen a joyful entertainer without considering his pan-Indian image. He also wants the shoot of the film to be completed in three months. Prabhas is even ready to release the film only in Telugu if the script does not appeal to the audience of the neighboring languages. The final decision on the pan-Indian release would be taken after Prabhas listens to the script. More details awaited.