Nithiin and Keerthy Suresh are working together for the first time in Rang De which is being directed by Venky Atluri. The film touted to be a feel good entertainer is bankrolled by Naga Vamsi under Sithara Entertainments banner.

The makers of Rang De have released motion poster of the film wishing Nithiin on his birthday. The motion poster is breezy and romantic with magical chemistry between the lead pair- Nithiin and Keerthy Suresh. Devi Sri Prasad’s fascinating BGM elevates the romantic feel.

The makers have also unveiled the character names of Nithiin and Keerthy Suresh as Arjun and Anu. 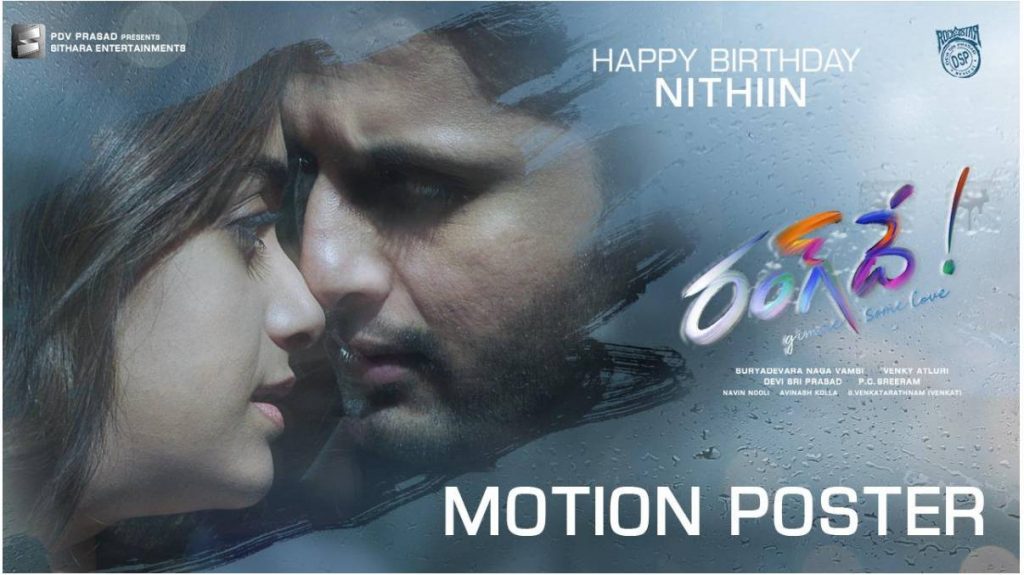