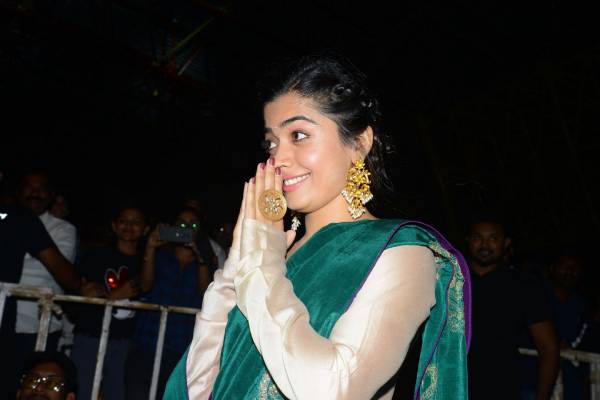 Kannada beauty Rashmika Mandanna emerged as one of the top actresses in Tollywood in no time. She also turned a signing spree and is busy with several Bollywood projects. The actress has no time for Kannada films and she was trolled and targeted. There are strong talks that Kannada Film Producers banned Rashmika in the recent times. She also landed into a controversy for not responding for the super success of Kantara which turned out to be a pride of Kannada cinema. Responding to the rumors, Rashmika said that she has enough love for the people of Kannada and Kannada film industry.

“I was asked about Kantara after the film was released. I did not watch the film by then. After I watched the film, I messaged the entire team and received their replies too. The world doesn’t know what is happening inside. We cannot put a camera on our personal lives and show it to the world. We cannot release the messages also. Personal lives don’t matter. We cannot reply to everything. I will leave it to the people” told Rashmika. Responding to the ban imposed on her, Rashmika replied “So far I am not banned”. The actress will soon join the sets of Pushpa: The Rule with Allu Arjun. Sukumar is the director and Mythri Movie Makers are the producers.