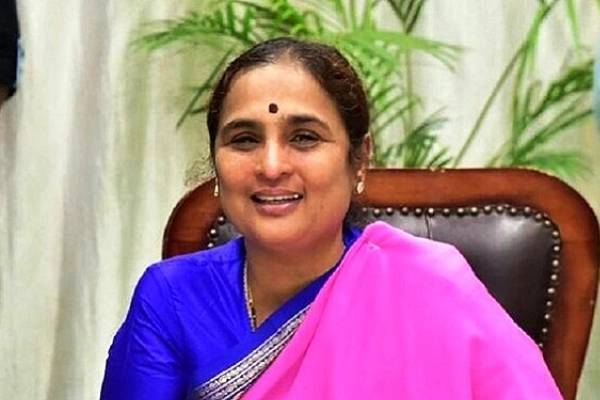 At long last, the BJP has announced its candidate for the Tirupati bypoll. Karnataka former Chief Secretary and retired IAS Officer K. Ratna Prabha will be the BJP-Jana Sena alliance candidate in the byelection. After prolonged discussions, the BJP top leaders decided on Ratna Prabha candidature given her administrative background.

With this, the battle lines are drawn now. YCP has brought in CM Jagan Reddy’s personal physiotherapist M. Gurumurthy while the TDP has fielded former MP and former Union Minister Panabaka Lakshmi. As expected, the BJP has chosen a high-profile former Chief Secretary as its candidate to give a strong fight to the rivals.

Now, going by the track records of the respective candidates, the TDP and the BJP would stand to gain. Both Panabaka Lakshmi and Ratna Prabha have proved themselves in their fields. Panabaka Lakshmi has been in politics for several decades and served as an MP for several times already. Ratna Prabha has earned a name for herself as an IAS officer and she has also served in AP on deputation for sometime.

The YCP candidate has no major experience in public life except the fact that he served as the personal physiotherapist of the Chief Minister. He is totally banking on the party strength and support from CM Jagan Reddy.