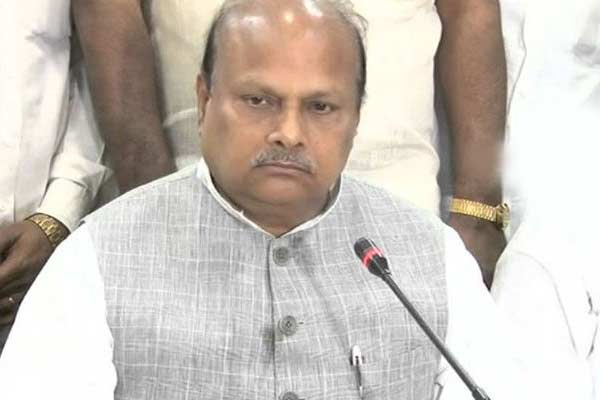 Former Finance Minister Yanamala Ramakrishnudu has appealed to Governor Biswabhushan Harichandan to send the 3 Capitals and CRDA Bills being pursued by the AP Government for the consideration of the President of India.

He said that the Governor may take the opinion of the Attorney General of India (AGI) before taking a decision as the 3 Capitals bill (AP Decentralisation and Inclusive Development of All Regions Act, 2020) and the CRDA bill (AP Capital Region Development Authority Repeal Act, 2020) were in violation of a Parliament Act and the Constitution of India.

Mr. Ramakrishnudu wrote a letter to the Governor, saying that the YSRCP Government was reportedly intending to send the twin bills for his assent (Governor’s) on the supposition that the Legislative Council did not approve the same in 30 days as per Article 197(1) and 197(2) of the Constitution. Whereas, the fact was that the Council did not even introduce the bills for discussion because they were pending with the Select Committee. Moreover, the matter regarding Amaravati capital city was also pending with the High Court of Andhra Pradesh and therefore it was sub judice.

Stating that any deviation at this juncture would be in violation of the Constitution, Mr. Ramakrishnudu said that as per Section 5 (2) of the AP Reorganisation Act, 2014, enacted by the Government of India, Hyderabad shall be the capital of Telangana and there shall be a new capital for Andhra Pradesh. Further, as per the Section 6 of the Reorganisation Act, the Government of India constituted an expert committee for the study of various alternatives regarding the new capital and accordingly, Amaravati was finalized.

The TDP leader told the Governor that as per the Reorganisation Act, the Central Government shall facilitate the creation of a new capital for the successor State of Andhra Pradesh and, if considered necessary, by notifying degraded forest land. Therefore, the mandate was clear that the State of Andhra Pradesh is to have one capital and not more than that. Even according to the other enactments and the Constitution of India, a Capital city gives no other meaning other than the meaning of One Capital. Hence, the bills introduced by the present YSRCP-led Government come in conflict with the Reorganisation Act enacted by the Parliament in 2014.

Mr. Ramakrishnudu said that the Governor was under obligation to abide by the Constitution of the country and the law of the land to send the bills to the President. The YSRCP regime was making all attempts to ruin Amaravati and replace it with three capital cities. For this purpose, the bills were introduced and passed in the AP Legislative Assembly during the sessions held in January 2020. But the AP Legislative Council did not pass the bills and referred the same for Select Committees as per the ruling of the Chair.

The TDP leader said that the ruling party, with a mala fide agenda, tried to reintroduce the two bills in the Council during the June 2020 budget sessions by using muscle power. However, the Council did not introduce the bills since they were pending with the Select Committee. The question of Council rejecting the bills does not arise.