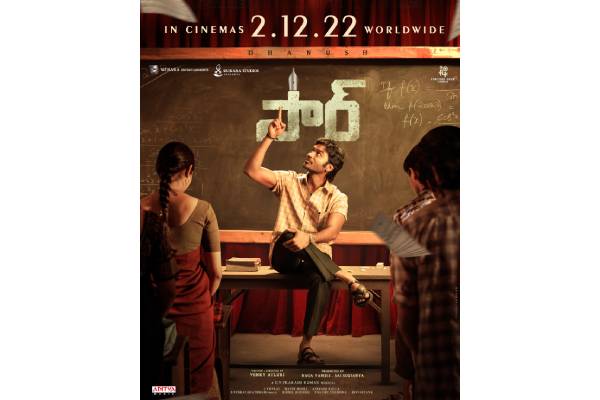 Tamil actor Dhanush’s straight Telugu film is titled Sir and it is a satire on the Indian education system. Venky Atluri is the director and the film’s shooting part is wrapped up except for a song. The film is shot simultaneously in Telugu and Tamil languages. The makers today announced that Sir will have its theatrical release on December 2nd across the globe. Samyuktha Menon is the leading lady and GV Prakash Kumar composed the music. Sithara Entertainments, Srikara Studios and Fortune Four Cinemas are the producers.

A major portion of the film has been shot in Hyderabad and Chennai. Dhanush plays a school teacher in this film who fights against the odds in the education system. The film is titled Vaathi in Tamil. The glimpse of Dhanush from his upcoming movie Captain Miller was out on the weekend and the response was decent.