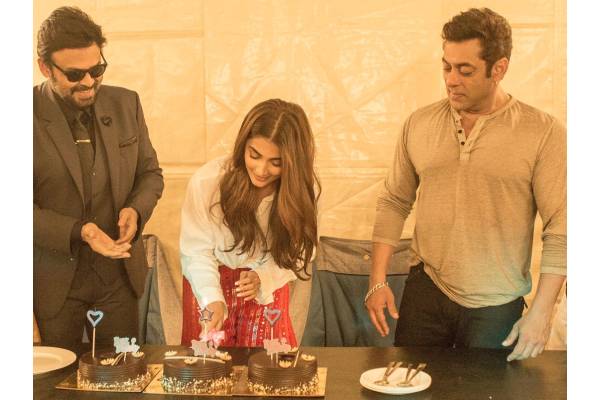 While everyone was seen singing the birthday song, it enclosed us with the other cast of the film having a great time together.

‘Kisi Ka Bhai Kisi Ki Jaan’ is an action-packed entertainer directed by Farhad Samji and features Salman Khan, Pooja Hegde, and Venkatesh in lead with a Vast Pan Indian Ensemble cast which will be announced soon.