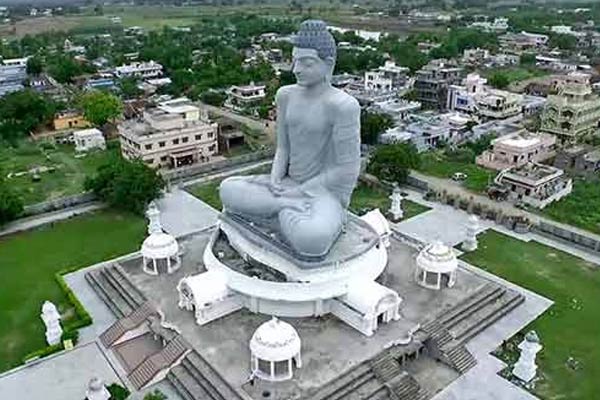 The farmers’ bandh began in Amaravati villages in protest against the government move to shift Secretariat and Ministers’ offices to Visakhapatnam. Jagan Circar imposed Section 144 and 30 Police Act in the Capital City area. The police mobilised huge force in the 29 villages. The farmers, who contributed lands to Capital construction, are seething with anger. They came onto the roads early in the morning hours and enforced the bandh. The traders, banks and offices remained shut down. The farmers gathered in large numbers and blocked the roads leading to Secretariat, Assembly, High Court, etc. They are also launching relay hunger strikes in Mandadam, Velagapudi, Tulluru and other villages.

Holding pesticide bottles, the farmers are threatening to commit suicides if Jagan does not withdraw his statement. The farmers defied the Section 144 and sat in protest on the middle of the roads. Farmers blocked roads with their tractors, vehicles, etc. They told the police that they would conduct their protests peacefully till the government gives its assurance.

The mood is very hostile and anti-government in Capital villages. Farmers are demanding return of their lands in fitting condition to cultivate crops. But this is not possible. All the lands are already levelled with buildings coming up. They are also divided into plots.