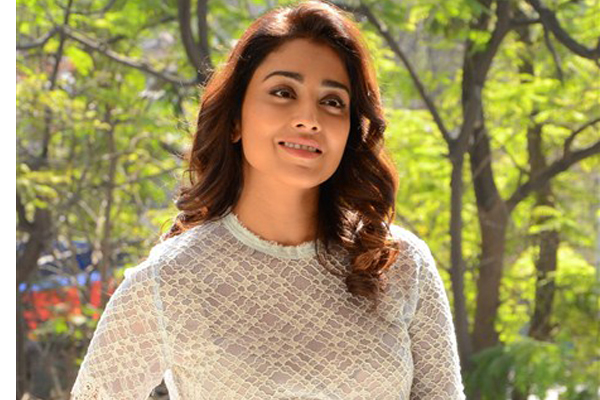 Young actor Nithiin is keen to take up the remake of Bollywood blockbuster Andhadhun and the film starts rolling early next year. Merlapaka Gandhi is the director and Nabha Natesh is the leading lady. The makers have been in hunt for the right actress to reprise the role of Tabu in the film. Names like Nayanthara, Shilpa Shetty, Anasuya and Ileana are considered. The makers decided to go with Shriya Saran and locked the actress.

She is said to have quoted decent remuneration when compared to the other actresses. The entire film will be wrapped up in a single schedule in Pondicherry. Nithiin will wrap up the shoot of Rang De and he would move on to Andhadhun remake. His home banner Sreshth Movies in association with Tagore Madhu will produce the remake which is yet to be titled.