Tollywood witnessed a shocking weekend at the box-office after the new releases fell flat. The new releases Kondapolam and Aaradugula Bullet received poor response from the audience. Kondapolam opened on a decent note with Friday morning shows but the footfalls dropped down from the evening shows. The film performed below par on Saturday and Sunday. The movie will end up as a disaster considering the theatrical rights and the weekend numbers.

Aaradugula Bullet which was delayed multiple times reported poor numbers. The audience were not interested in the film. Love Story had a decent run in cities on Saturday and Sunday. The film remained low in the rest of the regions. The theatrical run of Love Story will end up this week after few new films are releasing during Dasara season. Tamil dubbed film Doctor had a decent Saturday and Sunday across the Telugu states. The film received a decent response. Maha Samudram, Most Eligible Bachelor and Pelli SandaD will release this weekend. 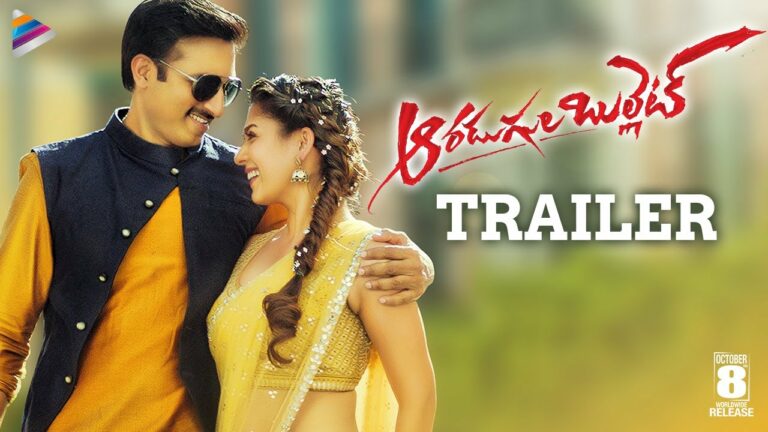 Gopichand’s long delayed film Aaradugula Bullet is finally releasing this weekend. The film that is directed by B Gopal was delayed several times right before its release because of the financial hurdles. Nayanthara played the leading lady and Prakash Raj played another important role in Aaradugula Bullet. The makers finally announced that the film releases on October 8th and the trailer of the film is out. The trailer brings a bad impression on the audience as the trailer cut looks stale and old fashioned.

Aaradugula Bullet is a formula based commercial template film that will not appeal to the audience as the trend has changed completely. The quality is poor and the trailer hints that Aaradugula Bullet will offer nothing for the audience. Manisharma composed the music and background score for Aaradugula Bullet. Tandra Ramesh produced the film under the banner Jaya Balajee Real Media Pvt. Ltd. The film will clash with Vaisshnav Tej’s Kondapolam which is releasing on the same day.