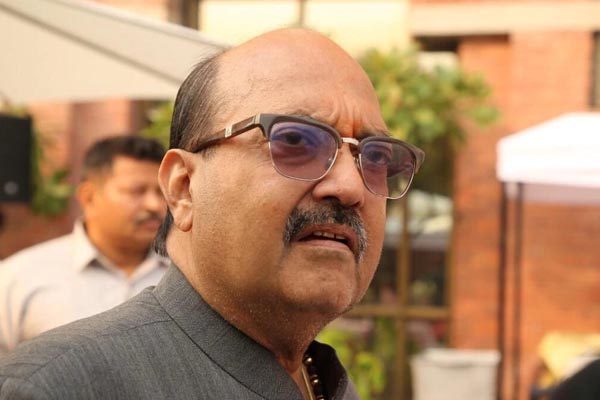 Former Rajya Sabha MP and Samajwadi Party leader Amar Singh who had been ailing and admitted to a hospital in Singapore on Saturday passed away. He was 64.

Singh was undergoing treatment for kidney ailments in Singapore. Two years ago, he had a kidney transplant and for the past three months, he had been frequently visiting Singapore for treatment.

Amar Singh was close to former chief minister Mulayam Singh Yadav, Amitabh Bachchan and Anil Ambani, often referred as the Holy Trinity. He was also close to Sahara chief Subrata Roy. Mulayam Singh had appointed Amar Singh as the party’s general secretary and tasked him to strengthen the SP in Uttar Pradesh before elections. However, the senior Samajwadi Party leader was sidelined by Akhilesh Yadav after he became the chief minister.

Amar Singh’s friendship with the Bachchans is too well known. He is believed to have bailed out Amitabh Bachchan after the Amitabh Bachchan Corporation Limited (ABCL) mired itself in a pile of huge debt. At that time, Amar Singh is known to come to the rescue of ‘Big B’ by helping him with his debt and got ABCL back on its feet. 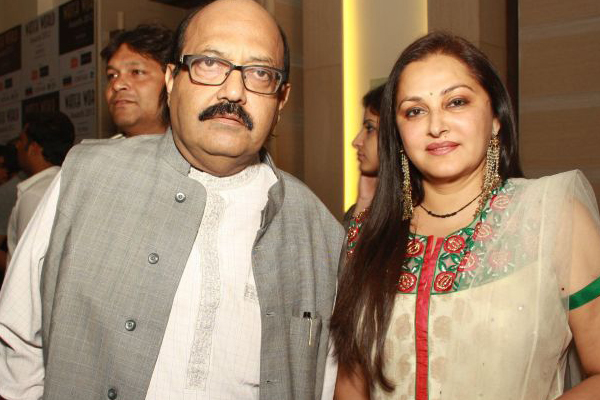 Hyderabad: Yesteryear’s heroine and former MP Jayaprada was anguished with sorrow over the rumours about relationship between her and Amar Singh. Jayaprada said that Amar Singh was like Godfather to her, while ruling out social media rumours.

“Some people with vested interest spread rumours on social media. I tied Rakhi to Amar Singh. Despite this, vested interest groups are trying to sabotage my image. Samajwadi Party senior leader Azam Khan made an attempt to pour acid on me. Mulayam Singh also didn’t help me in this incident. I am facing threatening calls from people like Azam Khan. My mother is always worrying about my safety as there’s no guarantee that I may return home or not after beginning my day’s work. I wanted to commit suicide when I came to know of marphing images on social media. During that time, Amar Singh was undergoing dialysis treatment. Only Amar Singh supported me. Women always find it difficult to survive in the male-dominated politics in the country.”

Appreciating Manikarnika movie, Jayaprada said that she got associated with the Manikarnika role in the movie, while calling every woman should become a Durgadevi depending upon the situation. Jayaprada twice won as Lok Sabha candidate from Rampur constituency in Uttar Pradesh in 2004 and 2009.