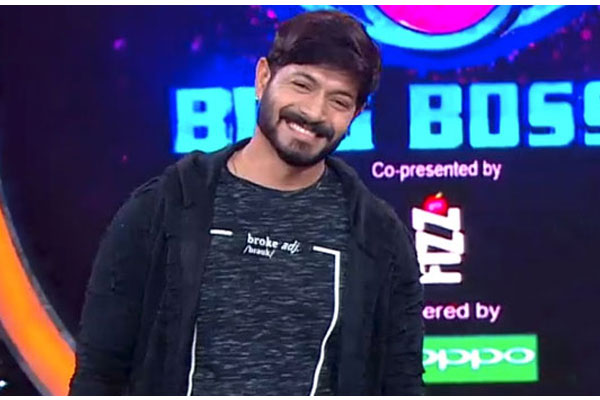 It is just one more week for Bigg Boss finale. Today Nani asked housemates to campaign and explain audience why they should vote for him or her.

Before this campaigning task, Devadas team visited the house. Nagarjuna evoked a few laughs in the house by saying he cannot live in a house like this for these many days without family. But only exception is, he added, he can stay in this kind of house if all other housemates are beautiful ladies. After Nagarjuna and heroines of Devadas left the house, campaigning task started.

Kaushal’s story, goosebumps to fans but unbearable negativity for others: Kaushal started campaigning with an example of a parable. In a lengthy story, he compared himself with hunter on a mission to hunt a tiger and other housemates as fellow hunters. He told, fellow hunters , instead of hunting a tiger, hunt him because of jealousy but he survived the wounds made to him by housemates and wins the title and proves his mettle. Even though Kaushal’s story might have given goosebumps to his fans, for others it looked like a story with tons of negativity on fellow housemates. He later took name of each contestant and pointed out one negative remark on each of the housemates.

Deepti’s sensible speech: Winning hearts more important than title: Next to campaign is Deepthi. Deepti told she is very happy for continuing in the house for these many days. She became emotional as she recalled Tanish calling her “Amma” and Samrat calling her “Akka” though they don’t have any blood relation. She spoke very sensibly by saying “For the sake of my campaigning, I don’t want to pass negative comments on my fellow housemates. Let the people decide who the best is and let the best win”. She also told, even though she missed the family, in Bigg Boss house she formed good relationships and it is like extended family for her. She ended by saying, winning the title only is not the criteria but winning the hearts of people is more important.

Roll Rida’s success in popularizing independent music: Roll Rida told he came into the Bigg Boss house to promote independent music in Telugu States. He wants to give a big platform for those Street Boys (Galli Porallu). He recalled the incident when a  5th class kid told his teacher that he wanted to become “Roll Rida”. He also told, he earned many fans because of the show and he is happy with that.  He also told,” Let the best man win” without passing any negative comments on fellow housemates.
Samrat became emotional: Samrat while campaigning for himself became emotional and told that he has reached till finale and that itself is a big achievement for him. But he told, he wants to win the title and show them ( indirectly referring to his wife with whom he has disputes as marriage is on the verge of divorce) what they have missed.
Geeta’s positive remarks instead of negative comments on housemates: Geeta thanked her family members and all the music directors who gave her opportunities for singing. She told, whatever opportunity came in life, she just utilised it and her motto is to “be happy and be content”. As part of the task, she has a chance to do negative campaigning on housemates but instead of passing negative remarks, she passed positive remarks on each of the housemates. She told, she is inspired by merit of Roll Rida and Tanish as students, by Samrat when it comes to sports, by Kaushal’s fighting spirit . She asked audience to “vote for all of us”.
Tanish: Sacrificing for those who trust me gives me happiness: Tanish tried to clarify about comments on sacrificing in the house instead of playing his own game. He told, right from his childhood, sacrificing for those who trust him is the thing that gives him happiness. He told he didn’t act in the house and he was just himself in the house but yet people loved him and he is very happy for that. When asked about pointing negatives on fellow housemates, he told, “I think all of these are my family members. How can anyone say I am greater than my father in one particular aspect, I am greater than my mother in this particular aspect and I am greater than my sibling in this particular aspect. when I say these are all my family members, I cannot pass negative comments on them. “
No housemate retaliated to Kaushal comments despite his harsh remarks: Kaushal, Deepthi and Tanish’s speeches got applause from audience. Except Kaushal, all the housemates spoke very positively about the experience in the house and about the fellow housemates. Kaushal tried yet again to project his fellow housemates as his arch-rivals. Surprisingly none of the housemates retaliated to Kaushal even though he made very harsh and degrading comments on all of them. 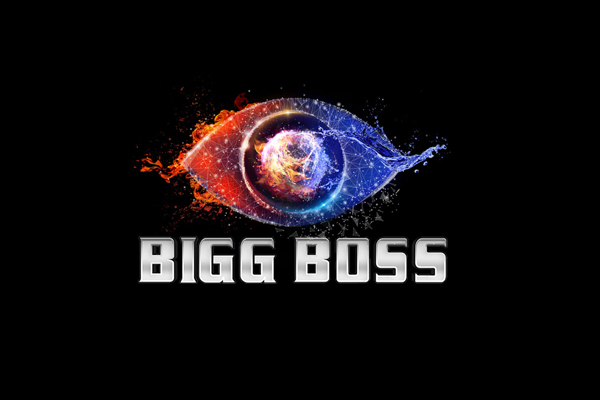 Before that task, Bigg Boss sent cake to Kaushal on the occasion of his daughter’s birthday. But Kaushal refused to cut cake in the house keeping in mind the earlier arguments about sending his daughter into the house. Kaushal refusing to cut the cake looked so silly. Bigg Boss later announced that the cake was sent by his family members and asked (read it ordered) Kaushal to cut the cake. Later, housemates celebrated Kaushal’s daughter birthday in the house. 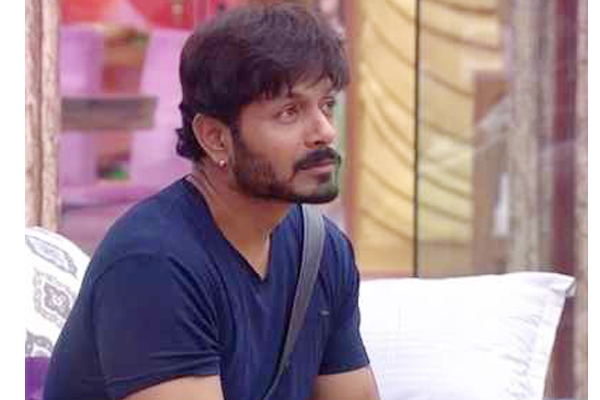 Today’s Bigg Boss episode was very much awaited after promo released by STAR MAA created sort of sensation in social media as Nani was seen embarrassing Kaushal in that promo video. It seems, this is one of the most embarrassing episodes for Kaushal.

In a previous episode, Kaushal made some comments on Roll Rida. As per the last week big bomb thrown by Shyamala, Roll Rida is servant for all the housemates for entire week. They can ask him to do any task or ask for any assistance and he should obey it like a servant. After that big bomb, Kaushal was seen asking Roll Rida, “Will you wash my as*” and of course he quickly added, “Just kidding”. Roll Rida got shocked by this comment but he didn’t confront with Kaushal on this.

Nani questioned Roll Rida on this, why he couldn’t speak up for himself. Roll Rida told that he was in a shock at that time and he generally thinks about any incident and respond little later, instead of responding on spot. Later Nani asked Kaushal on this and he admitted saying this. Nani also told Kaushal, “If Roll Rida had said the same word to you (Kaushal), I can imagine what could have happened”. Nani also reminded Kaushal about his preachings to his fellow housemates on following the rules.

One more mistake Kaushal did is, he tried to defend himself but that again put him in embarrassment. Kaushal told, he was in trance after his kids came and that’s why he spoke that word. However, Nani reminded that he spoke that word to roll Rida much before his kids came into the house. By listening this, Kaushal put a blank face, admitting the fact.

Embarrassment to Kaushal did not stop there. The very strength of Kaushal is his Kaushal army and support to him through social media platforms. Geetha Madhuri directly targeted that strength itself by saying he could have made some “arrangements outside the house” to boost his image in social media.

Nani also questioned Kaushal on the captaincy task for misunderstanding the rules and ensuring no one goes to finals. Because, if someone had won the captaincy task, he or she would have reached the finals. Nani indirectly pointed out Kaushal and others about this negative thinking of “If I dont get a seat in finals, no one else should get it today” and it told such mindset won’t really help anyone.

Nobody came to safe zone today and all five – Kaushal, Geetha, Deepthi, Amit and Roll Rida are still in danger zone. We will have to wait till next episode to see who will be evicting the house today.

Obviously this episode might not go well with Kaushal fans.This episode, the host and the show itself might once again become target for Kaushal fans yet again. We will have to wait and see how Kaushal fans will respond on this.