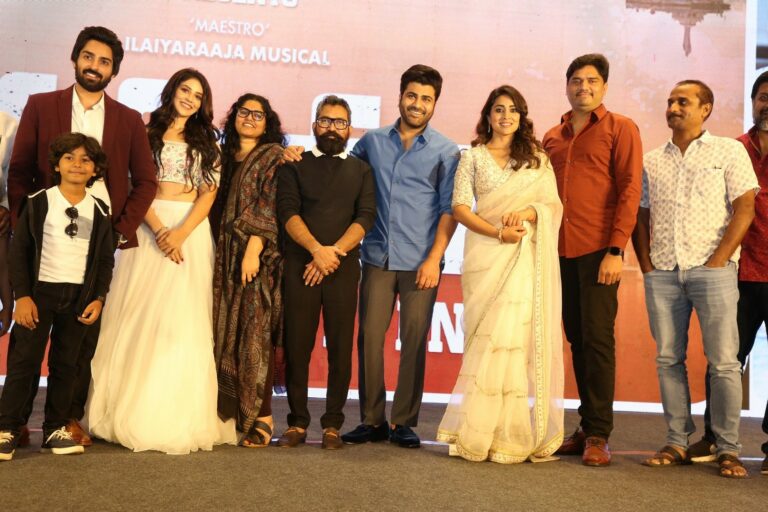 Gamanam is an Emotional Tale of Three Stories 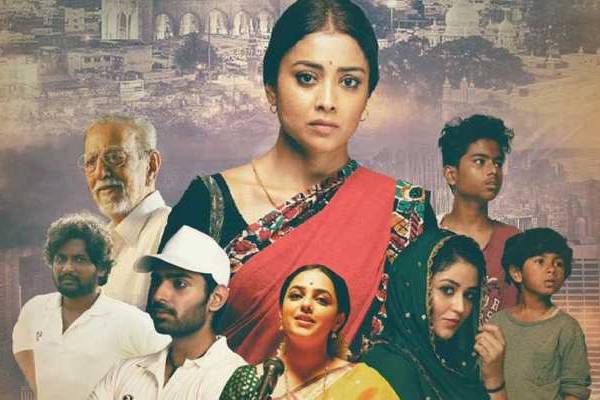 Director Sujana Rao comes up with a different attempt Gamanam. The film narrates three different stories of people who come from different backgrounds. Gamanam trailer hints that the film is a hard-hitting emotional tale with a realistic narration. Shriya Saran, Nithya Menen, Shiva Kandukuri, Priyanka Jawalkar and Suhas played the lead roles in Gamanam. Top writer Sai Madhav Burra worked on the dialogue version of the film. A grand pre-release event was held last night and all the guests wished the film a grand success.

Sharwanand and Deva Katta attended the pre-release event and lauded the sincere attempt of the team. Shriya Saran who is making her Tollywood comeback after a while says that Gamanam will make her family proud. She plays a deaf woman in the film and the role was challenging told the actress. Top cinematographer VS Gnansekhar co-produced the film and Ilayaraja composed the music. Gamanam is hitting the screens tomorrow and the film is carrying decent expectations. 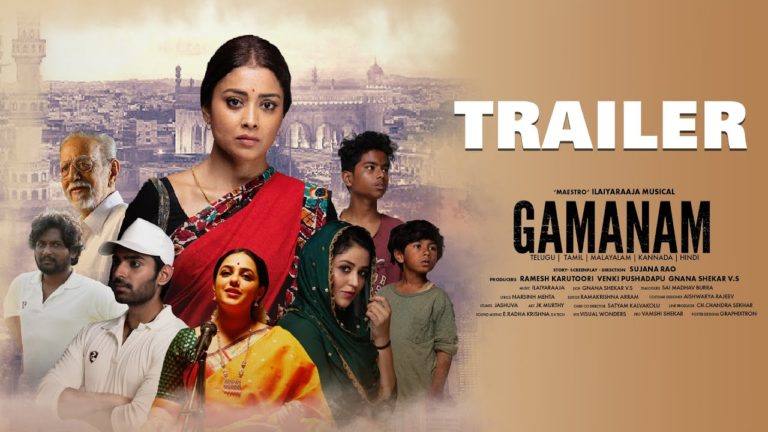 Top cinematographer Gnana Shekar is turning producer with an interesting content-driven film named Gaganam which is made in multiple languages. Sujana Rao is the director and the film features Shriya Saran, Nithya Menen, Shiva Kandukuri, Priyanka Jawalkar and Charuhaasan in the lead roles. The trailer of the film is released by Powerstar Pawan Kalyan and it looks intriguing, interesting. The film narrates the stories of three different people who dream big in their respective fields and face enough struggles.

Gamanam is an emotional take and banks big on performances along with a hard-hitting drama hints the trailer. Some of the episodes are well presented and the background score by Maestro Ilayaraja has been top class. The trailer of Gamanam reminds us about Krish’s Vedam as it narrates similar stories with real-life struggles. The trailer reveals that the climax episodes are the major highlights. The entire shoot of Gamanam is completed and the film releases soon. Kria Film Corporation along with Kali Productions bankrolled the film. 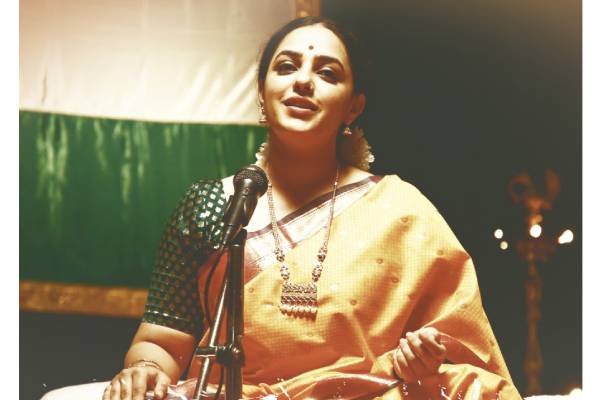 Nithya Menen who was last seen as legendary actress Savitri in NTR biopic has played a brief yet impact creating role in Gamanam. Nithya’s first look poster from the film is out now. She will be seen as a classical singer Shailaputri Devi in the film directed by Sujana Rao.

Gamanam is a Pan India film being made in Telugu, Tamil, Kannada, Malayalam and Hindi. The film is jointly produced by Gnana Shekar VS, Ramesh Karutoori and Venki Pushadapu.

Shriya Saran, Shiva Kandukuri and Priyanka Jawalkar are other prominent cast in the film which is presently in post-production stages. 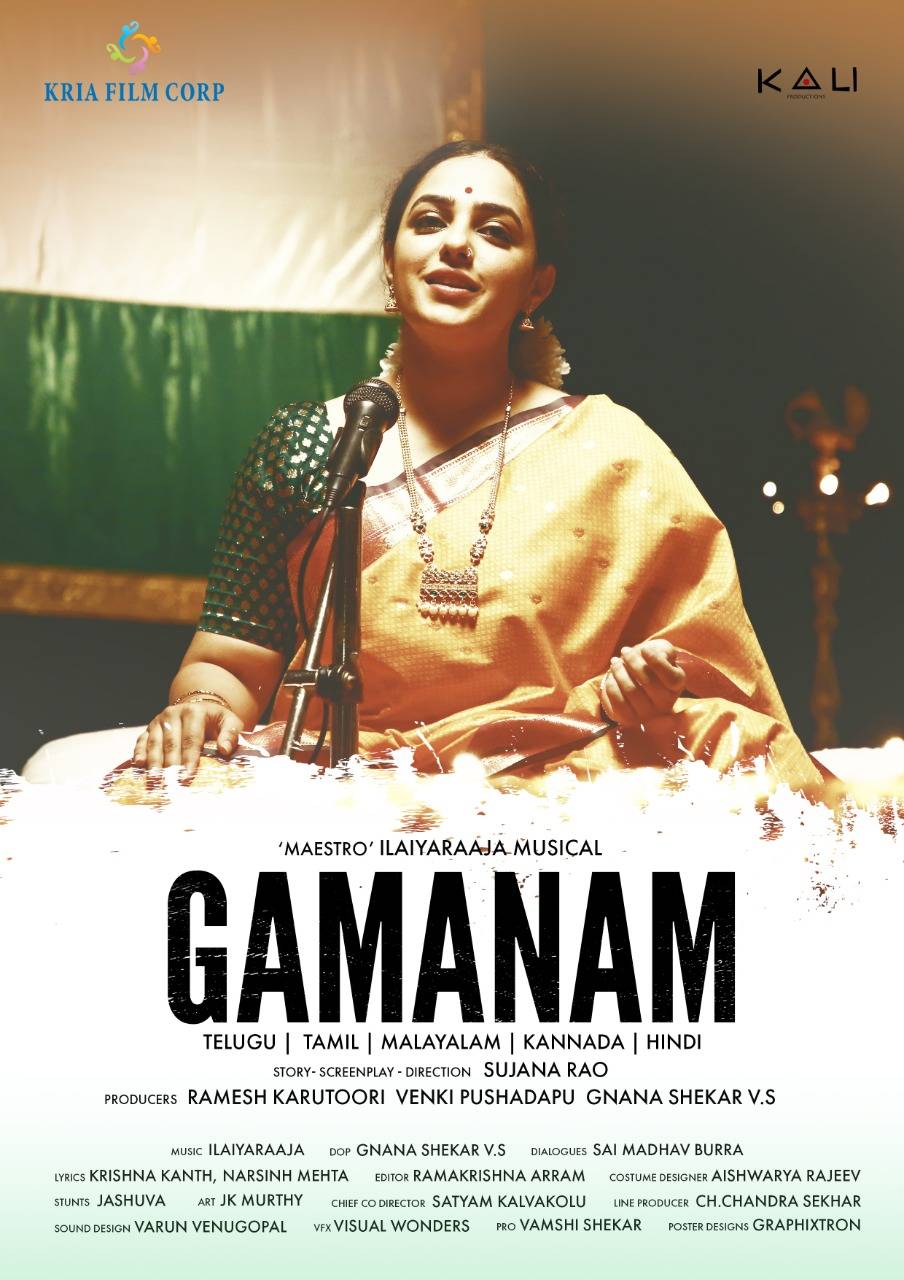