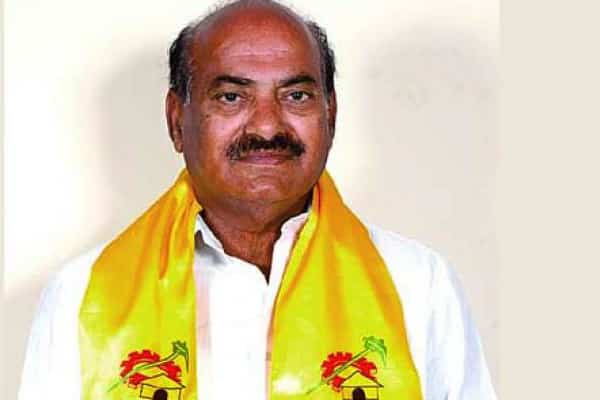 Telugu Desham Leader JC Diwakar Reddy made a sensational proclamation that he is resigning to his post as Member of Parliament. He said he will continue in TDP and will not stop working with Chandrababu Naidu.

He cited the reason as his failure to get water to Chagallu village, Peddapappur Mandal. The maverick leader representing Anantapur constituency said that his conscience would not agree to continue in the position after failing the people who trusted him.

Diwakar Reddy will be submitting his resignation to Lok Sabha speaker in a couple of days. 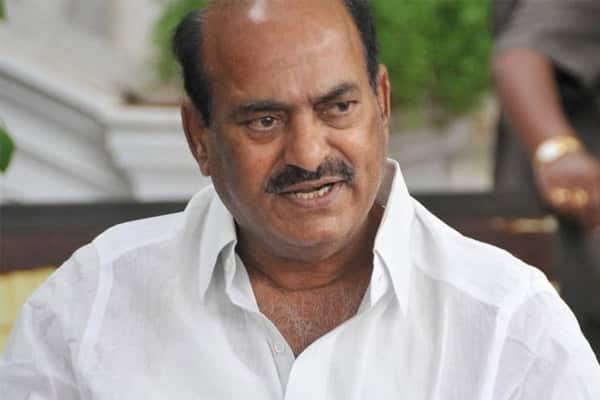 TDP MP J C Diwakar Reddy said that he would legally proceed against two Telugu news channels for calling him “Rowdy”. It may be noted that several media houses broadcasted the news of Reddy’s misdemeanor after he got into tussle with Indigo airline staff at Visakhapatnam airport in June. He is allegedly going to file a defamation case against the TV channels.

After IndiGo, AirIndia and SpiceJet revoked the ban. IndiGo in its official statement on Wednesday said, “Senior IndiGo officials today met Honourable Member of Parliament Diwakar Reddy, at a lunch hosted by senior Member of Parliament Y S Chaudhary, to resolve the issue of Honourable Member Diwakar Reddy’s ban on IndiGo flights. The issue is amicably resolved between the two and IndiGo has decided to lift the said ban with immediate effect and Reddy is withdrawing the case he has filed.”

It may be noted that Reddy filed a petition in High court citing his age and requesting a revoke of the ban. On Wednesday the High Court issued urgent notices to several airlines, Civil Aviation Ministry and Directorate General of Civil Aviation. The Federation of Indian Airlines was notified about the airline’s decision. 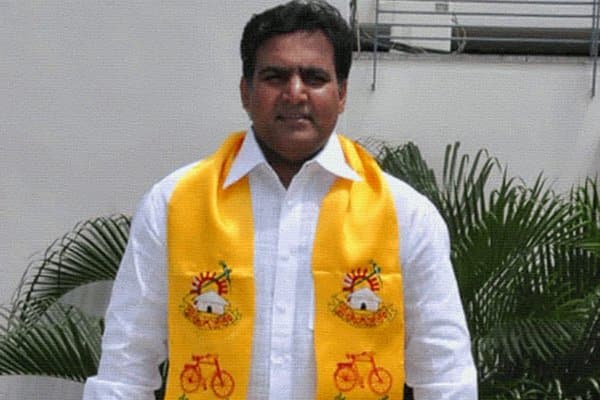 In a major embarrassment for the Telugu Desham Party, Andhra Pradesh MLC Deepak Reddy has been detained by the Hyderabad police on Tuesday. Deepak who was unanimously elected as MLC few months ago, was arrested in four land grab cases. His gang has been accused of criminal trespassing in major parts of Hyderabad. The allegations include document forgery, grabbing hundreds of acres of land among others. Deepak along with his lawyer Shailesh Saxena and another broker were detained by the police.

Deepak who joined TDP in 2012 is married to the daughter of JC Prabhakar Reddy. There are several cases already against him related to encroachment, damage to property and other related activities. Deepak who has MBA degree from United States allegedly owns mining and mineral companies. This incident against MLC comes within less than a month after CBI booked TDP MLC Vakati Narayana Reddy. It may be recalled that Chief Minister N Chandrababu Naidu suspended Vakati from the TDP hinting that the MLC might be taken back if he proved innocent. 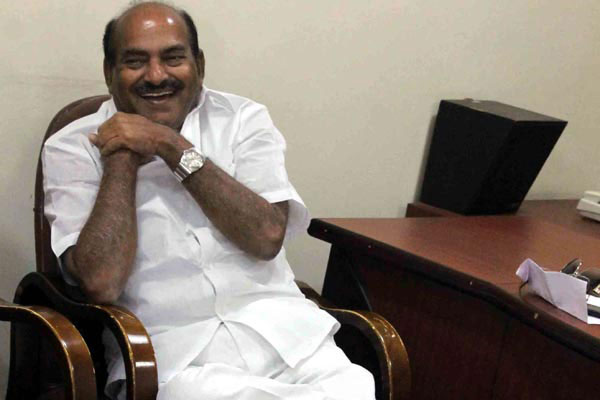 Maverick TDP MP JC Diwakar Reddy again created flutter in the lobbies of Assembly today by endorsing YS Jaganmohan Reddy’s remark that Naidu was outdated politician. Participating in the debate on the special category status in Assembly today Jagan said he was contemporaneous while CM was outdated.
When referred to Jagan’s comment, he said Jagan was right.

” See, Naidu is not as angry as Jagan is. He is cool. He is outdated,” JC said adding that Jagan become ‘latest’ because he was too angry. Of course, there is an element of sarcasm. later switching over to the subject of special status, “The special status is un-achievable,” he said, at a time when Assembly unanimously adopted a resolution urging centre to bestow special status on AP. The Anantapur MP was unambiguously said centre had ruled out the special status to any state leave alone AP.

Referring to the demand of CM’s resignation, Diwakar Reddy said,”even if the Andhra Pradesh chief minister resigns as CM or withdraws support to the BJP led NDA government, AP would not get special category state status.” If Jagan assures that he would get the special status with resignations, he said, along with 10 more MPs he would resign the very next moment. Diwakar Reddy, however, said he was hopeful of getting a better package than what was given to Bihar.

The problem of TDP in Parliament is that it is neither here nor there. Since the party is a partner in the Mody led NDA government it is not expected to shout like the Opposition in the parliament and rush into the well, at the same it can’t afford to remain silent when part-time politicians like Pavan Kalyan also started attacking it. This predicament of the party is making it butt of a joke even among the party MPs.

As if it is a reply to Pavan, who asked what were the TDP MPs doing parliament to get special status accorded to Andhra Pradesh, TDP MPs today staged a dharna demanding special category status to Andhra Pradesh.

The MPs led by Rajya Sabha MP CM Ramaesh demanded the implementation of all assurances given at the time of passage of Telangana Bill such as incentives to industries, grants to bridge the deficit created by loss of revenue of after bifurcation and granting the special category status .

Holding placards, the TDP MPs chanted slogans such as “grant of special category status” and “implement all promises made to successor state of Andhra Pradesh”.

The MPs finally ended up criticizing Congress for disrupting the house and  preventing TDP members from raising the special status issue in Parliament.

But, JC Diwakar Reddy cracked serous joke on the dharna.

The Ananatpur MP, who might have participated in a dharna probably for the first time in his political career, was not happy with party’s  perfunctory approach to these issues.

“This dharnas is staged perfunctorily,” he let the cat out of the bag.

” This dharna program has been taken up as a knee jerk reaction to Pavan Kalyan’s attacks. This won’t take you any where,” he revealed what is in his mind. 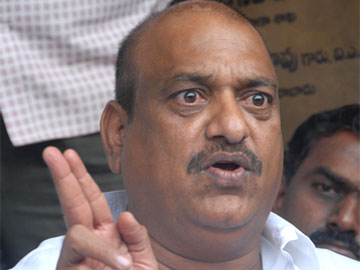 Many leaders lost relevance after 2014 elections- some became irrelevant following their defeat while some following their defection. Popular as JC brothers, JC Divakar Reddy and JC Prabhakar Reddy, are not taken seriously in Telugu Desam party. Both switched over to TDP from Congress before the 2014 election. While Divakar Reddy won Anantapuramu Lok Sabha constituency, his brother Prabhakar Reddy Tadpatri Assembly segment. Their grip in local politics is pincer like. It is difficult to wrest the two seats from them, at least for the time being. For the first time, the brothers, find themselves powerless, despite being in a party that is in power. Diwakar Reddy used to say before elections that TDP would win 12 seats in district. It did. But, his contribution to victory is not credited to his account. One thing is true, the dusty town Tadapatri changed a lot during their heydays.

Naidu is also maintaining long distance from them. They also know what they are in TDP. Elder JC is not at all a visitor to NTR Trust Bhavan.

In Delhi, where any language other than Hindi is considered barbaric, Divakar Reddy doesn’t matter much. In TDP, unless you have the open endorsement of Big Boss, you are unwelcome in the corridors power. So, cynical has the Anantapuramu MP grown these days, he remarked, “MPs are being used as curry leaves. MPs, MLAs are sheer waste in this country. We don’t need any democracy. Who matters in Andhra politics in Delhi and Hyderabad? Prime Minister there, and chief minister here,” elder JC lamented some time back. They both are known for their off-beat and sensational comments. While elder JC spares none in his attacks including Modi and Governor.

Younger JC is always seen seething with anger. This time the target is Rahul Gandhi. Talking to media in his home town Tadpatri Monday, the angry MLA demanded that Rahul should first distribute ex-gratia to the families of farmers who committed suicide during Congress regime. “About 600 farmers committed suicide during the recent Congress rule in the district. Congress vice president should first console these families rather than harping on the suicides happened during TDP rule in the past one year,” he said.

Prabhakar Reddy warned that, “We, along with family members of farmers who died, will stop Rahul Gandhi’s visit in 300 vehicles if he doesn’t first visit the families of those farmers who died when Congress was in power.”

Prabhakar Reddy is forgetting that during 10 year-rule of Congress, his brother was minister for some time and MLA for whole period.