Is Jagan planning to send Botsa, Peddireddy to Rajya Sabha? 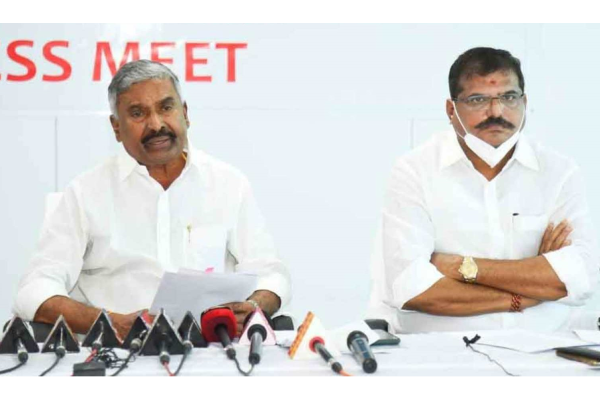 Is AP chief minister YS Jagan Mohan Reddy trying to implement Kamaraj Plan on some of his senior ministers? This is the hottest topic of discussion within the YSRCP circles these days. If sources are to be believed, he is trying to send some senior ministers and YSRCP functionaries to Rajya Sabha so that he can have a free run in the state.

Now what is Kamaraj Plan? When a young Indira Gandhi became the prime minister, she found it difficult to get along with the seniors in the Congress Party. So, a plan was hatched to make all the seniors resign from their posts in the government so that they do the party work. It appears that YS Jagan is now implementing the same plan in YSRCP.

According to highly placed sources, YS Jagan Mohan Reddy is finding handling few seniors very difficult. Despite his autocratic ways, some senior leaders are locally very powerful and are almost dictating terms in the districts. This is making things difficult for Jagan to promote young leaders from one district in north Andhra and one in Rayalaseema. This is proving frustrating for young leaders, who are getting increasingly restive.

For instance in Chittoor district, senior leader and minister Peddireddy Ramachandra Reddy is the one who calls the shots. He is stymieing the growth of young and trusted leaders like Rk Roja and Chevireddy Bhaskar Reddy. In fact, with Peddireddy himself being a minister, there is no possibility of another Reddy becoming a minister from Chittoor. Thus, the political careers of young leaders like Roja and Chevireddy have hit a permanent roadblock.

Ditto with Vizianagaram, where Botsa Satyanarayana calls the shots. It is becoming difficult to make decisions in the district without involving them. If sources are to be believed, there are plans to send both Botsa and Peddireddy to Rajya Sabha so that younger leaders could be promoted. But, will that be possible? Will that be a smooth transition.?