In his budget speech in the Assembly, Telangana Chief Minister K Chandrasekhar Rao made all-out, desperate efforts to show Modi Regime in bad light. He blamed the country’s economic slowdown for Telangana’s bad finances leading to lesser budget allocations this year. KCR tried hard to cover up the negative impact his regime’s Mission Kakatiya and massive welfare programmes left on the state as a whole.

KCR told Assembly that recession is hitting economy in the past one and half years as GDP came down from 8 per cent to 5 per cent. This is as per the Centre’s figures. KCR said that India’s key growth sectors are badly hit. The car companies brought down manufacturing by 33 per cent while sales went down by over 10 per cent.

Analysts say that the TRS obviously used his budget speech as a good opportunity to attack the BJP. Since the last general election, he was maintaining distance from the Modi-Shah duo.

KCR told the Assembly that the Centre’s policies would usually give a direction to the country’s economy while an individual state government like Telangana has no choice but to follow in the footsteps of the Union government. KCR expressed his misfortune of having to present Telangana budget amid such bad economic situation.

TS budget may not be populist ? 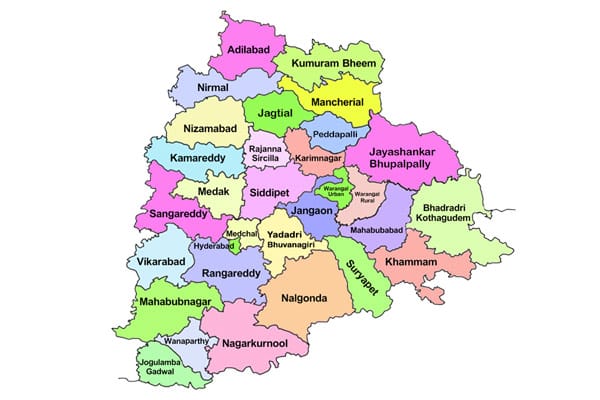 In the last budget of Telangana state, ahead of the elections, the finance department has allegedly advised the government not to announce any populist schemes as the budget estimates went wrong for ongoing fiscal year.

Telangana has been claiming to be a revenue surplus state, but reality appears otherwise. The budget of year 2017-18 estimated a surplus of 4751.31crore. However, ten months into the budget, the estimates have overturned and the youngest state has now revenue deficit 3643.66 crore. There has been minus 79% deviation in the budget

The deficit is the difference between the receipts and expenditure. According to a report in New Indian express, With the State turning from revenue surplus to revenue deficit, the fiscal deficit of the State too is expected to increase beyond the stipulated norms of Fiscal Responsibility and Budget Management (FRBM) Act.