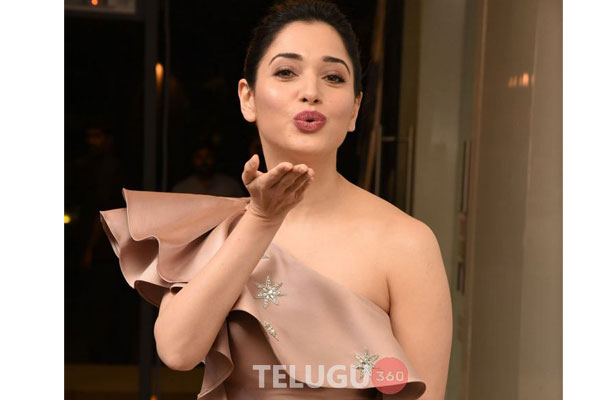 Actress Tamannaah Bhatia started her career in acting at the tender age of 15. However, she says stardom was not the reason she got into the world of glitz and glamour.

As of today, the 31-year-old actress is one of the most prominent names down south as she has worked in blockbusters such as the ‘Baahubali’ franchise, ‘Anbanavan Asaradhavan Adangadhavanace’, ‘K.G.F: Chapter 1’ and ‘Sye Raa Narasimha Reddy’ among many others.

Has losing stardom ever been a fear for Tamannaah?

Tamannaah in a chat with IANS said: “When I started working at 15, honestly stardom was really not the reason I got into movies. I just wanted to be in front of the camera and whatever would bring me that I would have chosen that path.”

She feels fortunate to see such a high courtesy her hard work.

“So, for me I feel fortunate to see that kind of stardom and continue to see that. But that is not the reason for pursuing this career. It is more of something I do because it gives me a sense of fulfilment on a daily basis so being on the sets is what excites me,” she said.

However, she minces no words when she says that no one wants to lose the hard earned stardom.

“So, of course, it is something nobody wants to lose but I don’t function from that fear stand point,” she said.