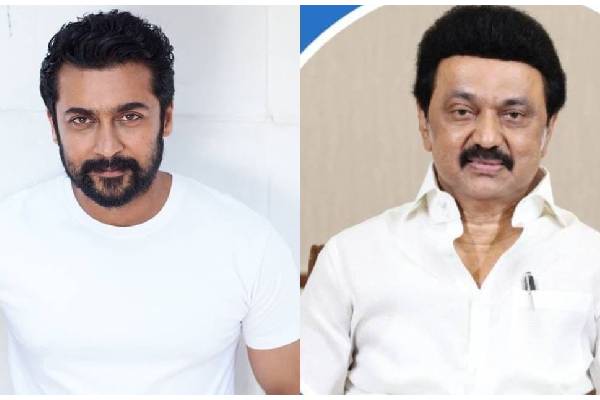 Tamil Nadu Chief Minister M.K. Stalin has congratulated actor Suriya, who on Wednesday became the first actor from south India to receive an invite from the prestigious Academy of Motion Picture Arts and Sciences, which presents the Oscar Awards each year, to join it in 2022.

The Tamil Nadu Chief Minister, while congratulating Suriya, said, the latter had become the first south Indian actor to receive an invite from the prestigious Academy of Motion Picture Arts and Sciences, which determines the winners of the Oscar Awards each year, to be a part of it.

The invite, the Chief Minister said, was a recognition of Suriya’s evolved acting skills and his choice of stories that were focussed on societal well being.

Late on Tuesday, the Academy released the list of 397 distinguished artistes and executives it had invited to join the organization in 2022.

Membership selection, the Academy said, was based on professional qualifications, “with an ongoing commitment to representation, inclusion and equity.”

This year’s class of invitees includes 71 Oscar nominees, including 15 winners.