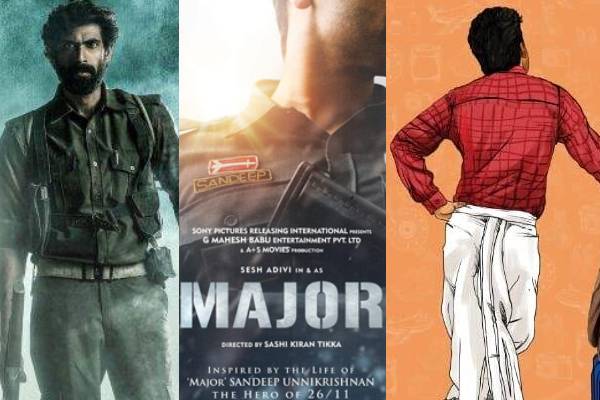 2020 is a year that is completely wasted in Telugu cinema. The entire film fraternity is completely focused on 2021 and several young directors are testing their luck with their upcoming projects this year. Natural Star Nani who stands first to encourage young talent is all set to work with Rahul Sankrityan for Shyam Singha Roy and Vivek Athreya for Ante Sundaraniki. Both these projects will release this year. After the super success of Goodachari, Adivi Sesh and Sashikiran Tikka are joining hands for Major which is carrying high expectations. Venu Udugula roped in Rana Daggubati and Sai Pallavi for a realistic drama Viraata Parvam that will release this year.

Arjun Reddy sensation Sandeep Vanga will direct Ranbir Kapoor in a pan Indian project Animal. RX 100 sensation Ajay Bhupathi is testing his luck with a multi-starrer Maha Samudram that is carrying high expectations. Jersey director Gautam Tinnanuri created a sensation with Jersey and the film is now remade in Hindi. Shahid Kapoor will play the lead role and the film releases this year. Shiva Nirvana tasted two back to back hits and directed Nani’s Tuck Jagadish that will release in summer. Prashanth Varma is all set with Zombie Reddy and the film is the first one of its genre in Tollywood. Nag Ashwin who is two films old is all set to direct Prabhas in his next film.

Venky Atluri directed Nithiin in Rang De and the film is hitting the screens in summer. Santosh Srinivas is making his comeback with Alludu Adhurs. Merlapaka Gandhi is directing Andhadhun remake with Nithiin and the project too releases this year. Buchi Babu is making his debut with Uppena and Karthik Dandu will direct Sai Dharam Tej in his next film. Several other young directors are testing their luck this year in Telugu cinema. Tollywood will have a list of young directors testing their luck in 2021 which is crucial for them.