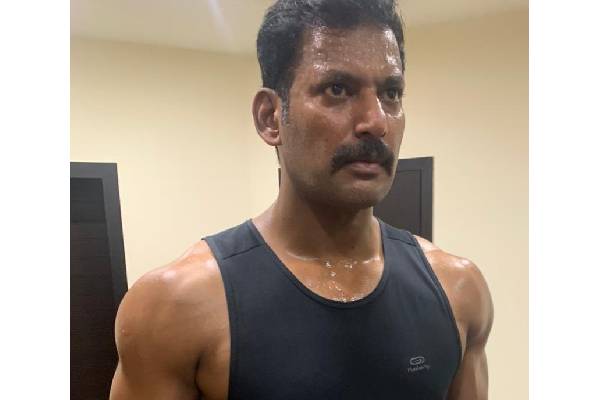 Tamil actor Vishal is busy with the shoot of his upcoming film Laththi and the climax portions are filmed. The actor injured himself again on the sets of the film and the shoot came to a halt. Vishal’s hand was injured and the makers called off the shoot. It is a minor injury confirmed the doctors and Vishal has been advised to take rest for a short time. The makers will resume the shoot once Vishal returns fit. Peter Hein is choreographing the action episode which is expected to be the major highlight of Laththi.

Vishal will be essaying the role of a cop in this actioner. The actor took a break and worked on his looks before he commenced the shoot of Laththi. Early this year, Vishal got injured on the sets of Laththi in Hyderabad and the shoot resumed after Vishal recovered completely. Vinoth Kumar is directing Laththi and Sunaina is the leading lady. Rana Productions are the producers.