Switch to: తెలుగు
Home Politics Why are TDP biggies wary of taking on Kodali Nani? 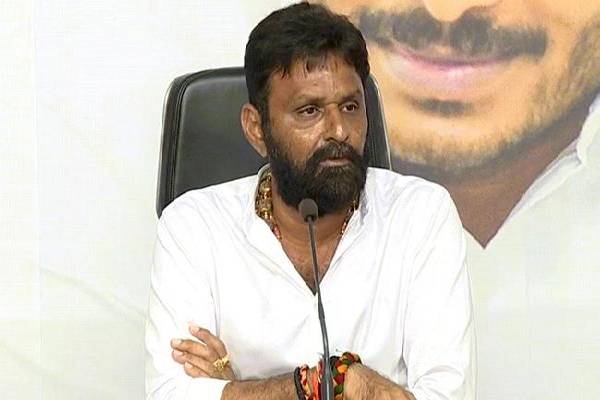 Why is YSRCP motor-mouth Kodali Nani going unchallenged? Why is the Opposition TDP not taking him on? Why are the TDP leaders not countering Kodali Nani’s abrasive and abusive comments? The TDP is finding itself unable to effectively counter Kodali Nani’s comments.

Minister Kodali Nani especially targets Chandrababu and Lokesh. His attacks are vicious and he uses words that are demeaning. But, none of the TDP biggies are countering him. No one is talking to the media to deflect Nani’s criticism. Earlier, Devineni Uma, who belongs to the same social category that Nani belongs to, used to counter him effectively. But, internal party dynamics have relegated him to the background. He is not coming out in defence of the party chief these days. Even when he speaks, the media coverage is minimal.

Leaders like Atchen Naidu, Kala Venkat Rao and Ayyanna Patrudu are not even responding to Kodali Nani’s vituperative attacks. Leaders like Yanamala are claiming that they are too senior to counter him. Earlier leaders like Prattipati Pulla Rao and Yarapatineni Srinivasa Rao used to issue counters. But these days, they are totally off the radar. In fact, Pulla Rao is not even active in the party affairs.

All this is having a demoralizing effect on the party cadre, especially in Krishna and Guntur districts. Recently when Lokesh went and met the kin of the killed TDP leaders in the Rayalaseema region, Kodali Nani gave them an acid tongue lashing. He particularly targeted Lokesh and the attack was particularly abusive. Yet, there was no counter from the TDP. No leader worth his salt countered him. Why are the leaders from the same community as that of Kodali Nani not reacting, the party cadres ask. Will TDP top bosses do something about it?