Ala Vaikunthapurramuloo is on a sensational run as the film has collected a worldwide share of 34.50 cr in the second week. This has taken two weeks worldwide total of the film to 144  Cr.  The film is Non-Baahubali highest earner by miles as it has beat Sye Raa by a margin of 10 cr already. It now eyeing to collect 150 cr in its full run which is first for a Non-Baahubali film in the Telugu industry. The film has beat Baahubali-1 in the Telugu states and is now only behind the mighty Baahubali2. In the USA the film is currently behind Rangasthalam & Bharat Ane Nenu and it is set to best the later but its need to be seen whether it can beat the former or not.

The numbers for the other biggie Sarileru Neekevvaru also includes GST output in these areas.

Below are the area wise 2 weeks shares 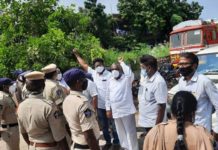