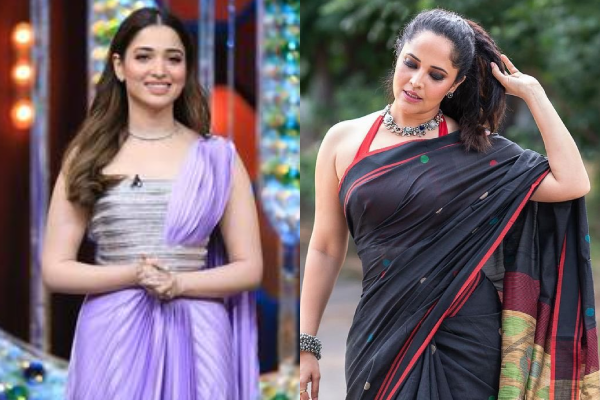 Mliky beauty Tamannaah is busy with films, endorsements, web series and tv shows. She is featuring in Master Chef India Telugu which is streaming on Gemini TV. The show received low TRPs in the opening weekend but it picked up in the recent weeks. Though Tamannaah’s hosting skills are appreciated, the show failed to garner enough buzz and response. The makers also failed to utilize the dates and the actress moved on to her next project. Now Tamannaah is replaced with Anasuya Bharadwaj. Anasuya commenced the shoot of the pending episodes of the season in Bengaluru recently.

Anasuya is charging a bomb and it is unclear if Tamannaah returns back to the show or if Anasuya will complete the season. Tamannaah allocated bulk dates for Venkatesh and Varun Tej starter F3 and the shoot is happening in Falaknuma Palace, Hyderabad. Anasuya is hosting several tv shows and is also busy with a bunch of Tollywood films.