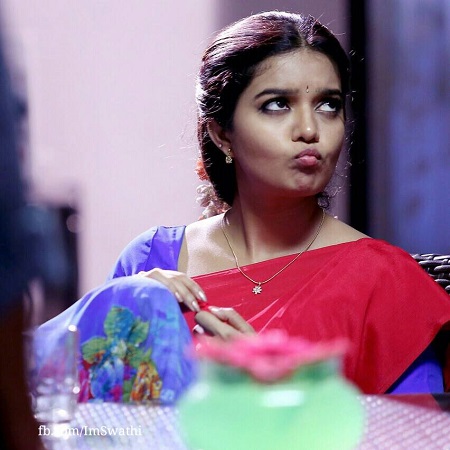 Cheerful and lively girl Swathi Reddy aka Colors Swathi is desperate to carve out a niche for herself in Tollywood. After entertaining the audience with her chirpy acts in a few movies recently, she is now busy shooting for a female oriented film. Titled Tripura, the movie is a Telugu-Tamil bilingual which is on the verge of completion.

The makers of this film have announced that the entire talkie part has been wrapped up and only two songs are to be shot. The unit will now head to Humpy and Badami to can these two songs. The story is all about a young girl who aspires for a beautiful life after marriage but gets entangled in a major problem and fights boldly to get out it.

Raj Kiran, who earlier directed Anjali’s Geethanjali, is the director for this film. Popular writer Kona Venkat penned the screen play along with Veligonda Sreenivas. A. China Babu and M. Raj Sekhar are producing it under their Crazy Movies banner. The audio launch event will take place soon.