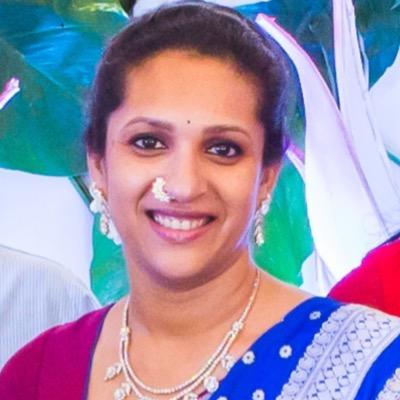 [dropcap]O[/dropcap]ne of the stylists for Bahubali, Prashanti Tipirneni has worked for Vedam, Golconda High School and she is now currently working on Anushka’s costumes for Size Zero. Prashanti gives more importance to simplicity and comfort and is not a flamboyant person at all. She however says, she likes to be funky sometimes and some other time very sobre, depending on how she is feeling that day. In a chat with Telugu360, she says she is missing Bahubali shoot and is looking forward to wrapping up the remaining 40 percent soon. “After Size Zero, I think I will get a month and a half break after which I will move to Bahubali Part II. The reviews and inputs from people will let us know where we are lacking and we might do a better job.”

Do costume designers and stylists need to be present on the sets every day till the shoot gets finished?

I haven’t travelled for my other films but for jewellery and research for Bahubali I travelled a bit. Mostly I did from scratch in Hyderabad. For Size Zero, I am travelling a bit to Mumbai once or twice. I only work for movies and that too one at a time. I am in a particular zone and would prefer to be in that zone till I finish. For some scripts, our presence is not needed. For Vedam, I wasn’t there. I would go on the first day, see if everything was going smoothly and return. Even with Golconda High School, I would just pack, tag them and give it but for Size Zero and Bahubali, it is different. We had to make Anushka look heavy, there will be problems with the body suit, some fit and some don’t. So, I got to be there. Moreover every production is different, so is the director. It is okay if you aren’t there. The assistant directors will handle it but we can’t rely on them. So I go everyday.

[pullquote position=”left”] We had to be in ready at 5 am in Ramoji Film City, and all the junior artistes would be ready standing in a line with costumes. We would paint them black, on their faces especially the Kalakeyas and in the last would send them for breakfast. We did that for nearly five months.[/pullquote]

A lot in this field has specially to do with common sense, keeping in mind is what the director’s vision is. I am not undermining what people learn in colleges. I regret not doing NIFT and other courses. Lot of times I want a certain cut, pleat or a fold and I don’t know how to do it. If I had done that, I would have been easy, we would have been trained well. I never learnt cutting. I did Masters in counselling and more into child psychology and marriage counselling.
We categorised it into two, Rama was doing Hero’s kingdom, the Mayashmathis that involved the hero, Ramya Krishna. I did the heroine’s kingdom that had Anushka, Tamanna and that’s how we divided work. I would be doing it in one style and the difference between one kingdom and the other would be distinct and evident. We did a war and that was the biggest sequence. The costumes were done by Rama. We kept supporting one another no matter whose work it is. The biggest crew was 1000 people, soldiers–half of them were Kalakeyas and half Mahashmathis and there were two groups in Mahashmatis.
We had to be in ready at 5 am in Ramoji Film City and all the junior artistes would be ready standing in a line with costumes. We would paint them black on their faces, especially, the Kalakeyas and in the last, would send them for breakfast. We did that for nearly five months. The first shot would be at 7am. All of them, the direction department too were staying back in RFC but I would be coming back for my daughter. Her school, bus and had to get up at 3.30am, leave by 4am and be at RFC by 5am, return in the evening and would be home by 9pm. I would hardly get time to be with her and she would sleep by then. I got to learn a lot in this  project. The whole team works like a family. This is the kind of exposure and experience, I don’t think I would have got in any other project.

What metal and stones were used to dress the artistes?

Bahubali is a mammoth project and Rajamouli is a systematic planner and from scratch, he gave us time for trial and error. We would never let it come till the last minute. There was eight months pre production when I got into the picture and even before that there were story sittings. For every meeting, all the technicians and ADs would be there. We had lot of story to fall back on to do our research, source and create material. The discussions on the  minerals were available, the skill sets they had, what soil they had and what grains they frew. All of this played on our mind. For costumes and jewellery, we didn’t want to use stones or diamonds. We used a little Kundan on Ramya Krishna but mostly plain gold on women. All jewellery is silver and we gold plated it.

In the beginning we were banking on brands to make the jewellery and were trying to team up with jewellers and in the process lost lot of time. They wouldn’t understand our requirement, we needed something new and didn’t like things they already had. I went to Jaipur and as I love Amrapali jewellery, I went to the head of Amprapali and got antiques that I liked as samples. If I carried earrings from there, we would make necklaces and hip chains here. It depends from deal to deal and we got some in exhibitions. Most of it, we got it made as we had a silver smith with us. In RFC now there is an art related museum and an entire floor has been given to display jewellery used for Bahubali.

it was very exciting as it is has to be built from scratch and Bahubali is fiction not history based. It gave us leverage to do what we wanted. It was physically tiring nevertheless. I am not a morning person and waking up at 3.30 am was torture but once on the set it didn’t feel like work. Everyone from small to high technicians, they owned this product, it didn’t feel  taxing at all. Now I am missing the shoot as I do ‘Size Zero.’ I keep calling Rama and tell her that I am missing the shoot. What you imagine on screen is high level images but this is ten times more bigger, you are in awe of it, it is a fantastic feeling.

She is not fussy at all and she is a close friend..not that she says yes for everything, she will only tell you no, only with a reason, and why it will work or why it won’t. She has the clarity..that makes our job easier. She sees the ability in a person and if she feels you will do full justice she will not even question you. If she feels somewhere your notice should be brought she will tell you. There is no discomfort or stressed feeling working with her and moreover in the last three years we have become really close friends.