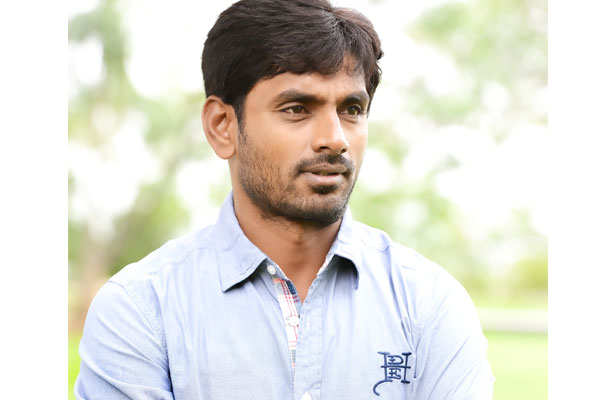 Thirty five years old Suresh Babu Katta is known as Sahi Suresh to industry people. Hailing from Madanpalli, with no background in the industry, it was his curiosity to be part of film sets that ensured his introduction to an associate art director Murali, later to Pekati Ranga and so on. The latest jewel to his crown promises to be Krish’s Kanche, a period film set during the World War II, essentially a dream scenario for an art director to work on. He took a lot of time to get noticed, but once as he settled down, he ensured great output in his role with limited budget films like Karthikeya, Venkatadri Express and Saroccharu. On the other front, when he has had scale on his side, he didn’t disappoint with Malli Malli and One too. His journey, as he unveils, is gradual yet intriguing enough, all in an exclusive conversation with Telugu360.com

How did the journey in cinema, specifically art direction begin? What were your interests?

I discontinued my graduation and shifted to films. Father would work in the irrigation department and we would move from place to place and finally settled down in Kurnool. While I was studying in Kurnool, I would watch many films, even from the 8th and 9th standard. I saw Bhairavadveepam around 100 times, it influenced and inspired me. At that time, I did not know there was something called an art department. We shifted to Hyderabad later and pursuing films became easier although I did not have any connections in the film industry. My parents insisted I study but my mind was fixed on this. I would read news reports of shootings taking place here and there in the city and would go to that place and merely watch the shoot progress. Once I went to Film Nagar too and in this process, was acquainted to Murali, an associate art director and my rapport with him improved. He introduced me to Pekati Ranga, an art director. I decided I have to work here in the art department. I recalled the art direction of Pekati Ranga who worked on Bhairavadveepam and luckily I got an opportunity to work with him in his team as an assistant, not an assistant art director. It was a big team and he was a busy technician and around 9 films were on sets at that time. My aim was to make him address me with my name and then I came to a position where I was given a chance to do art direction for a project individually. That’s how my journey in art direction began. I struggled to get work for three years as an assistant, that is to join his team.

What ensured your growth in the industry?

My friend Narayana Reddy, art director and me moved together for Chitram. Nuvvu Nenu, Family Circus, Okarikokaru, Yeh Dil and Bagireedha followed. With this, I got some recognition. Gemini Kiran introduced me to art director Ashok Kumar, who was the best in the industry. He helped in getting Shankardada MBBS, where I worked as an assistant art director. I worked with Ashok Kumar in a few films and even with Anand Sai and Bhupesh (Malleswari and Anaganaga Oka Dheerudu). Rajeevan who is now working with Trivikram’s project is a famous art director, and I got to work with him as an assistant art director for Oye. I got a call from Aswani Dutt who had plans to make me an art director for Saaroccharu. I was working at that time for Sakthi for which Anand Sai was art director. He saw my skill and talent and called me when I was doing 1, Sukumar’s film. I did 8 films as a art director. Karthikeya, Malli Malli, Beeruva, Venkatadri Express, Daguda Muta Dhandakor and Kanche.

Some memories from what you’ve worked on?

Sarocchara was done in low budget and I gave them good output. During the editing time, Chandoo Mondeti took me as art director for Karthikeya. We had to do it in a low budget and give a better output. It gave me a recognition, Garbha Gudi set was put up for Karthikeya. Then Gemini Kiran gave me Venkatadri Express. Malli Malli Idhi Rani Roju was my next. Films are team work. It depends on the director as to how much he extracts the work from me. We too give our inputs. I always think I should give the best output but sometimes if you do the film within the budget, there is a risk of being called unskilled. One shouldn’t blame the art director for over budget, he does it according to the director’s requirement. If you see a rich couple going in a small car, does it look good? We find a better alternatives always and there are quite a few discussions. You have to give the requirement as per the character. Our films are unrealistic and have a look at other films like Marathi movie Court which reached Oscar nomination. The house sets on beach in Oye and Malli Malli Idhi Rani Roju got flak for being deserted and solo on the beach but also got appreciation from certain quarters. After the film released a lot of people asked for the sets to shoot their film.

On surviving as an art director and if CG is a threat to their profession?

Art directors are great visionaries. They design to a great extent and only if they feel that the CG is necessary they recommend it. CG is very necessary, but not all films can be Rudramadevi and Bahubali. Digital technology can never replace art directors. Directors visualise the CG before itself and make the artistes perform, infact the demand for art directors will rise in the future. Venkatadri Express, everything was shot in RFC. We had to create different villages on one platform. In the office, we put up a map of Venkatadri Express, what time the train stops at each village and planned the film. Different images of each village was created, the shops, posters etc would be changed on the platform. Shakti and Anaganaga Oka Dheerudu gave enough experience. Sets which are not related to the story or scenes is not art direction. For example, if there is a death scene going on, it is not right to have bright colours in the background. The colours, objects divert your mind. Art direction many think is about colourful song sets and that is not at all true. People tend to think that way because we see a lot of commercial cinema. People are very smart and they know which set or location is being repeated. So we have to constantly be on our toes. Since we are going abroad, it is better if we choose a different country. Also, there should be a perfect coordination between DoP and art director. How much ever nicely you design, it is the cinematographer who elevates it. Director will be busy with other things.

How did Kanche happen?

I was doing Dagudamuta Dhandakor and Krish roped me in Kanche. He rose to great heights and has encouraged me too. Kanche trailer got me great compliments. Just not Georgia, we did a lot more in India to recreate history.