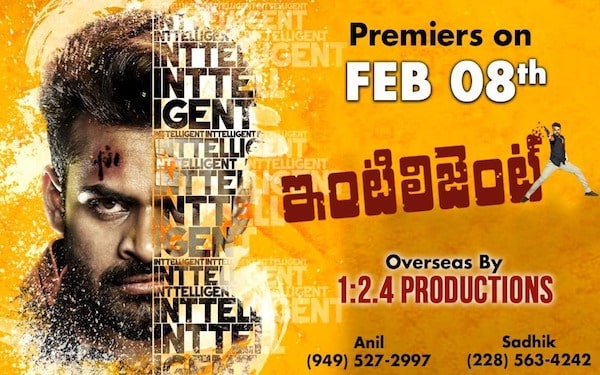 After all, the director is still fresh from the blockbuster success of one of the most awaited comebacks of Telugu cinema history – Chiranjeevi in Khaidi No. 150. To follow up the phenomenal success, the hit-maker has joined hands with the nephew of the Megastar himself, and it looks like we are all set for another dose of victory.

To join in that NEW YORK – based 1.2:4 production LLC has acquired the overseas rights of the film which they’d be releasing in the ,when it hits the screens for its worldwide release on February 9.

Inttelligent has already garnered quite a lot of attention for its music by S.S. Thaman and every song that has been released by the team is being lapped up by the audience with great interest. Also, in an interesting move of sorts, Balakrishna had launched the film’s teaser while Baahubali Prabhas released the first song from the movie.

The film is touted to be a pakka entertainer which is set to appeal to both the masses and the classes. Set to release soon, this one is surely going to be a film worth waiting for!

This flick will be a sure shot entertainer that will strike a chord with the audience.

Do check it out on February 9 worldwide and from February 8th evening in USA when it arrives at your nearest theatres!

For business and trade enquiries in overseas, please contact: