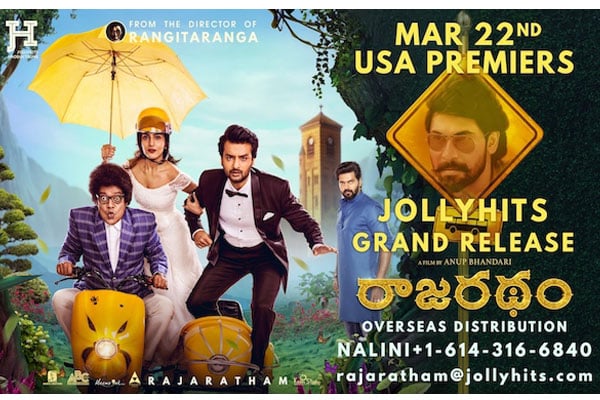 JOLLYHITS is very proud to announce our first production, titled RAJARATHAM (The Royal Journey) which is a bilingual product shot completely in both Kannada and Telugu languages.

The movie is directed by “Rangitaranga” fame Anup Bhandari, whose first movie was a hugely successful blockbuster hit, which ran 365 days in many theaters while in competition with Baahubali, as both movies released on same day.

JOLLYHITS production house is very delighted to associate and work with this talented director for his next venture.

RANA DAGGUBATI is carrying the movie on his shoulder, playing the title role of RAJARATHA himself.

Main Music of the film is done by Anup Bhandari himself.

JOLLYHITS Producers (Ajay Reddy, Anju Vallabhaneni, Vishu Dakappagari, Sathish Sastry) strongly believe that this movie will have a wide reach with respect to the unique content and international screenplay which will blow audiences minds.

CLICK HERE for Trailer which released few days back and going VIRAL across states: https://youtu.be/q4xYNv34Zo8

“The movie is all set to have a very grand release on MARCH 23rd with USA Premiers on MARCH 22nd. Overseas will have as many as 200 locations for this amazing film”. 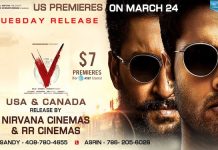 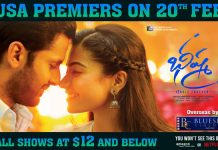