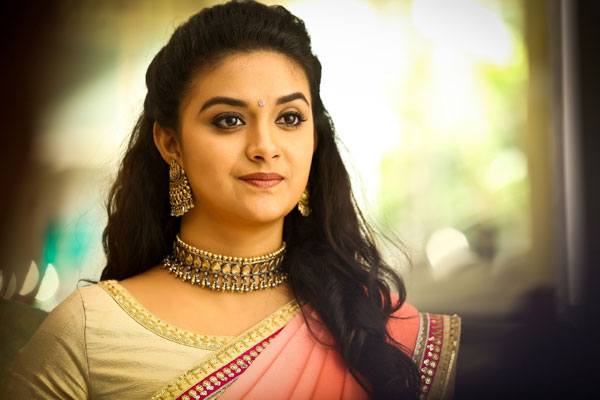 Actors always cannot eat what they want as they need to maintain their beauty and fitness levels to appear attractive on screens. But, sometimes, there would be no option left for them other than enjoying the best food!

Keerthy Suresh has shared a video in which we can see her enjoying a cheat meal. The actress was seen eating fruits initially and when someone asked her what she is eating, her expression was just hilarious. But, her health conscious hasn’t lasted long as Nithiin started teasing her with Pizza!

The actress finally enjoyed a piece of Pizza with some guilt obviously. This funny video was shared by Keerthy Suresh on social media. Speaking about their film Rang De, it is getting released on this March 26th while the trailer will be out today. Venky Atluri has directed the film.

Sometimes you feel like you're left with no option but a cheat meal! 😜