Switch to: తెలుగు
Home Movies Movie News Mahesh Got His Own Space In Taking Music From Composers: Thaman 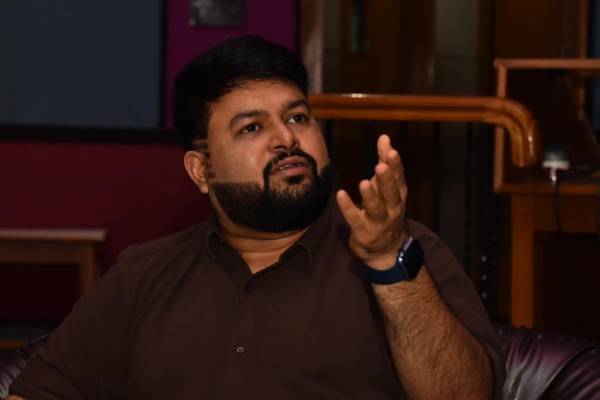 Superstar Mahesh Babu’s much awaited movie Sarkaru Vaari Paata will be gracing the theatres in less than a couple of weeks on May 12th. S Thaman who provided music for the movie informed that there will be another two songs in the movie.

As of now, they have released three songs. “The film will have another melody song, then there is a mass number which we will be releasing soon. I feel same excitement working every time for Mahesh Babu movies. He has got his own style; he’s got his own space of taking music. Sitara has got grace and pleasant timing.”

Thaman says Sarkaru Vaari Paata is an out and commercial entertainer. “While I wanted to come up with a refreshing tune for the love song, Sid Sriram took Kalaavathi to another level with his singing, while Ananta Sriram’s lyrics are superb.”

This is third movie for Thaman with Parasuram, after Anjaneyulu and Srirastu Subhamastu. “Bujji believes more on his content. In fact, all the songs in the movie are content based. You’ll feel happy about next songs as well.”